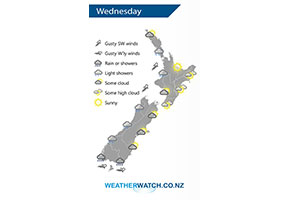 A large anticyclone sits in the Tasman Sea on Wednesday, a west to southwesterly airflow moving around this high flows over the country.

Quite cloudy for western New Zealand on Wednesday, the odd light shower possible also especially for the western South Island. Sunnier conditions for the east of the North Island however some cloud moves into the Wairarapa during the morning and perhaps further north in the afternoon as light winds tend to the south.

Showers for Southland, a mix of sun and cloud for the rest of the eastern South Island. 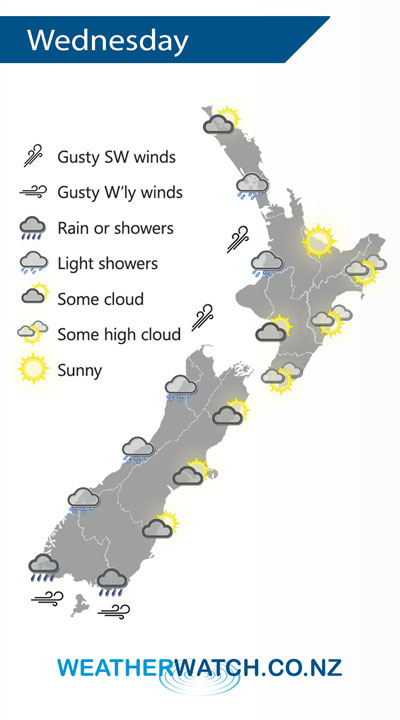