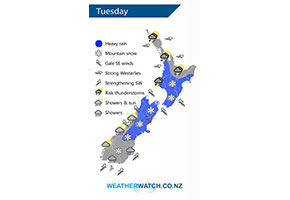 Strong south to southeasterly winds cover the South Island on Tuesday gradually spreading over the North Island later in the day.

The weather will be full on for Tuesday as a strong southerly quarter airflow gradually moves northwards during the day. Rain for the South Island (especially the upper half) may be heavy then easing in the afternoon, rain becomes heavy for the lower North Island in the morning then slowly spreads northwards during the day. A chance of thunderstorms around midday for the upper North Island, and again later in the evening or around midnight.

Expect snow about the mountain ranges of both Islands, down to 300m in the far south, 400m in Canterbury, 500m for Marlborough, overnight snow reaches down to 500m about the Central Plateau and for the ranges of Hawkes Bay. 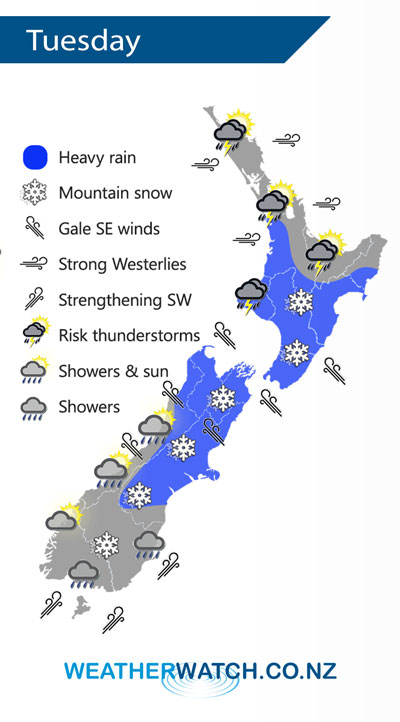