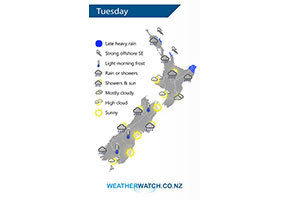 An anticyclone brings mainly settled weather for the South Island on Tuesday, a low brings southeasterlies for the North Island.

A deep low spins up offshore to the northeast of the North Island later on Tuesday, this brings in a strengthening southeasterly airflow and the chance of some late heavy rain about some coastal fringes. Drier for most further south with only a few early morning showers about the South Island then clearing away.

Fiordland sees a few showers for most of the day. 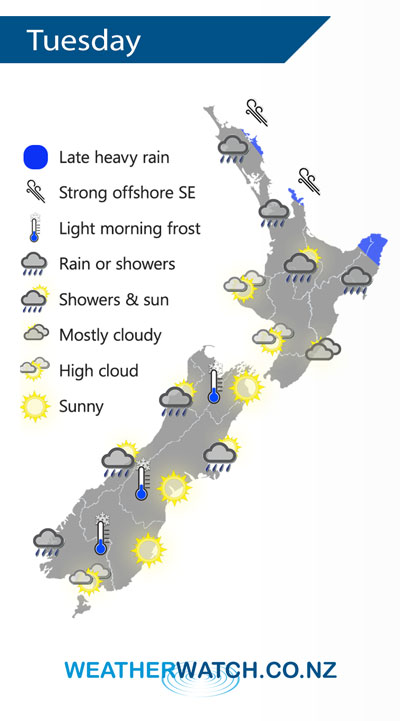