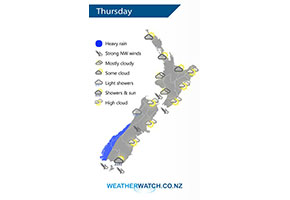 A westerly quarter airflow lies over New Zealand on Thursday, moving around a large high centred to the northwest of the North Island. Meanwhile a front pushes northwards over the South Island during the day, weakening as it moves north. 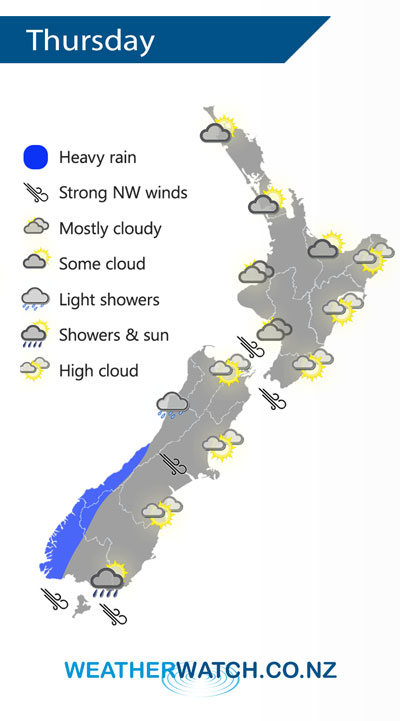