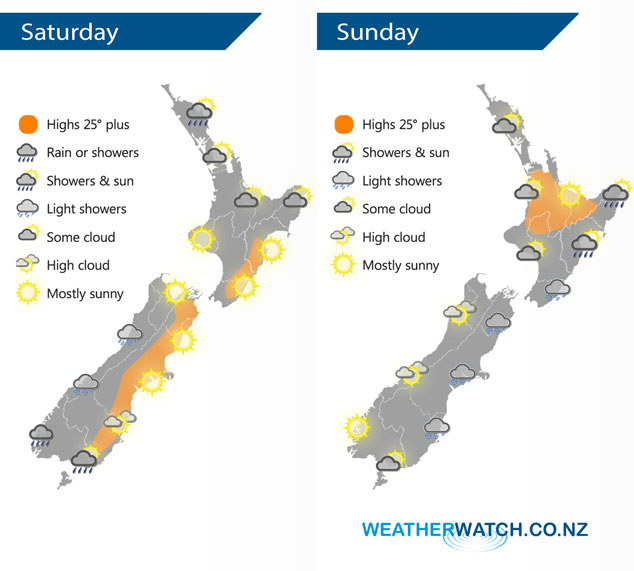 Sunday’s outlook has changed quite dramatically since the below map was drawn. Look for a mainly settled and sunny day about the North Island, same goes for the east and north of the South Island. From afternoon rain moves into Southland then Otago by evening. Rain moves into Fiordland during the morning, reaching North Westland at night.