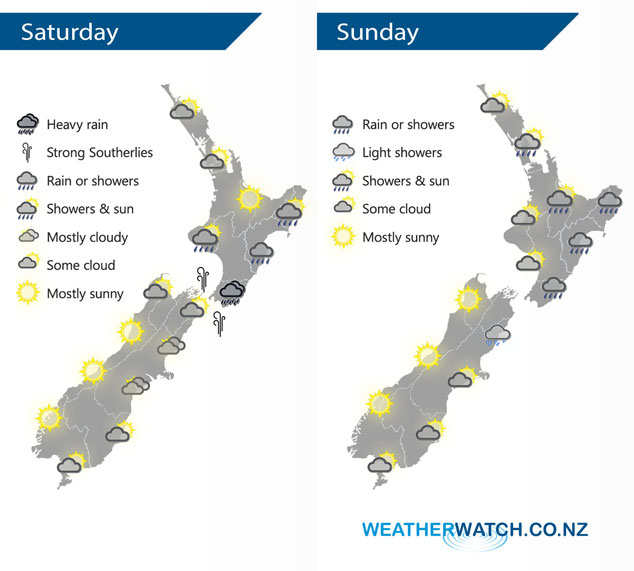 A mix of sun and cloud for the upper North Island on Saturday, morning showers clear in the southwest. Rain about Wellington and Wairarapa may be heavy, gradually easing about Wellington. Rain or showers push into Hawkes Bay / Gisborne from afternoon. Strong southerly winds ease from evening. Mostly cloudy for the eastern South Island, some drizzle for Canterbury. Sunny spells start to break through about Southland / Otago. Sunny for the West Coast.

A mainly dry day for the upper / western North Island on Sunday, isolated showers may move into the upper North Island late afternoon / evening however especially in the east. Expect showers at times along the east coast (Gisborne to Wairararpa), rain may be heavy in the morning for Wairarapa then easing. Mostly sunny for the South Islands West Coast, some cloud in the east with patchy rain / drizzle moving in Banks Peninsula northwards from afternoon.