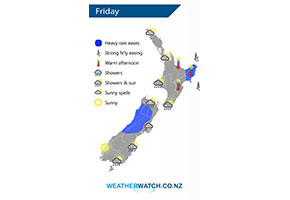 A southwesterly airflow lies over New Zealand on Friday, a low centred on the West Coast of the South Island eases during the day while a front over northeastern parts of the North Island clears away during the morning.

Morning heavy rain clears northeastern parts of the North Island, rain for the South Island may be heavy early on in the morning then it quickly eases. The Bay Of Plenty should have a nice day on Friday with warm afternoon temperatures, the same goes for Hawkes Bay and Gisborne once rain clears away during the morning.

Fiordland looks to be the best spot in the South Island, sunny areas will increase further north along the West Coast as rain eases away. 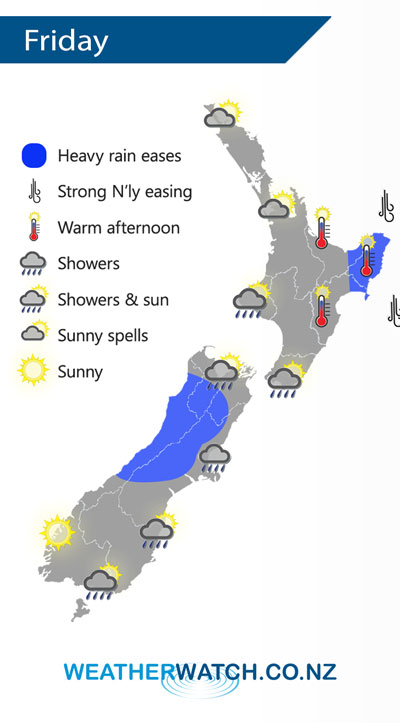