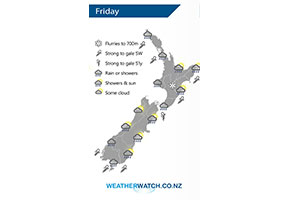 A cold southwesterly airflow lies over the country on Friday.

Heavy showers ease about the upper North Island on Friday morning, some sun may break through from afternoon otherwise staying fairly cloudy, winds strong from the southwest with offshore gales. Showers about the lower western North Island clear in the evening. Any early spots of rain clear along the east coast then showers move in again late afternoon / early evening for a time, winds fresh from the southwest. Showers and strong to gale southerly winds for Wellington ease during the day.

Morning showers clear the South Island’s east coast, mainly sunny in the west then cloud and a few showers develops in the evening. Showers ease during the day about Southland, strong west to southwest winds after midday. 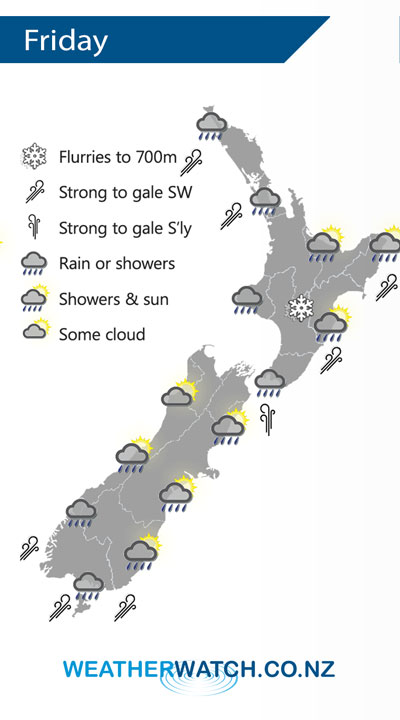