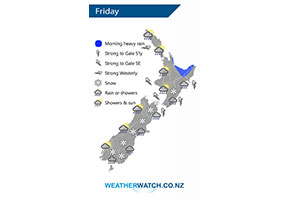 A low crosses over the country on Friday moving in a west to east fashion letting in a strong cold southerly airflow which pushes northwards over both Islands during the day.

Early heavy rain eases about the upper North Island on Friday then showers, some heavy with a chance of thunderstorms and hail pushes in from the west. These showers ease later in the afternoon. Rain or showers for the lower western North Island for much of the day, northerlies change around to the south in the afternoon becoming strong. Early rain clears for the eastern North Island then a cold southerly change pushes northwards bringing further rain. Snow flurries lower to 300m in the evening about Wellington and 500m further north for the Central North Island.

Rain or showers for most of the eastern South Island on Friday with strong cold southerlies, snow flurries lower to low levels (200 to 100m) about Southland, Otago and Canterbury. Flurries lower to 300m by evening about southern Marlborough. Morning rain along the West Coast then some sun may break through from afternoon. 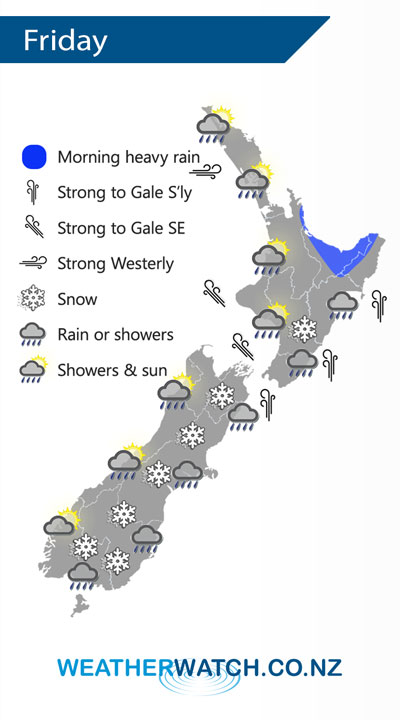