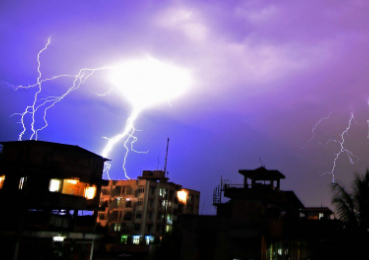 Lightning strikes killed at least 90 people Tuesday in four Indian states as monsoon rains swept across much of the country.

“Lightning strikes are common during monsoons, but there have been more strikes than usual this year,” said Vyas Ji, principal secretary in Bihar, where a record 57 people died Tuesday from the strikes — the most of any state in the country.

In 2014, 2,582 people died in lightning strikes, according to the government, making lightning the leading killer among all natural disasters in India.

Lightning strikes have killed at least 90 people in India this week https://t.co/ZPXtrTwjge pic.twitter.com/13REmPgMkx

Here’s a breakdown of deaths reported in other states Tuesday:

The seasonal monsoon rains have been highly anticipated in India, which has been mired in drought for two years.
The country’s agricultural sector heavily depends on the rains.