How low will the air pressure go in NZ next week? 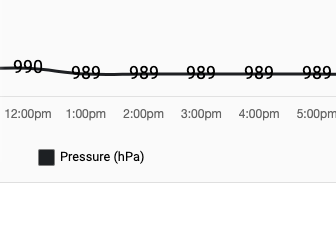 There’s been a lot of talk about a very large low in the Southern Ocean next week, but what about air pressure here in New Zealand? We’ve crunched the numbers on this complex set up to try and find just how low the air pressure might go. Lower air pressure makes for more unstable weather and increases the chances of taller and bigger clouds producing bigger and heavier rain and snow, also thunderstorms.

While the low is large this weekend it’s next week well south of NZ that a storm will develop, which will then alter the weather pattern over New Zealand making for a colder south to south west change lingering for a number of days.

Because this is such a complicated system (because there isn’t one single low, there are several all merging) it’s hard to get a precise forecast for air pressure. Just yesterday it was suggesting 980hPa today 989hPa. It looks as though anywhere between 980 and 990hPa (hectopascals) seems to be about right for the lower South Island on Sunday niight, Monday or Tuesday – depending on how it all fine tunes itself.

By Tuesday, as all these system merge with a storm well south in the Southern Ocean, you can see the significant air pressure gradient between the deep low (estimated 954hPa) and the big high over Australia (estimated 1030hPa). That is a big gradient and the lower South Island is firmly in this ‘squash zone’ of wind next week for a time. For some sort of comparison, when Cyclone Gita approached NZ last year it was in the 970hPa range. This is a very different beast and while this deep Southern Ocean low will have lower air pressure it is VERY important to stress it will be moving away from NZ as it deepens, not in towards us. However, as it departs it will dredge up a windy, polar, change for parts of the lower South Island. 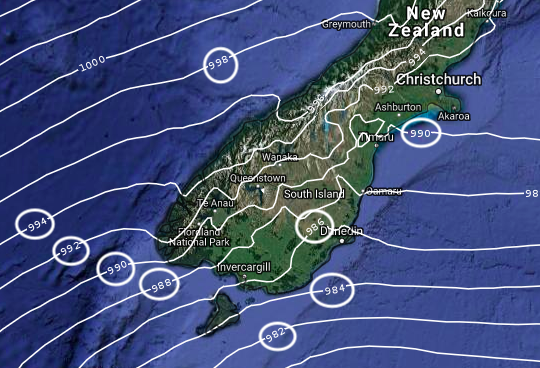 ABOVE: Air pressure reads (forecast only, this may change still) for next Tuesday morning in the lower South Island.

BELOW: The “squash zone” of air pressure between a solid high over Southern Australia and a deep Southern Ocean storm well south of NZ. This set up places the lower South Island in particular in that windy, polar, zone. 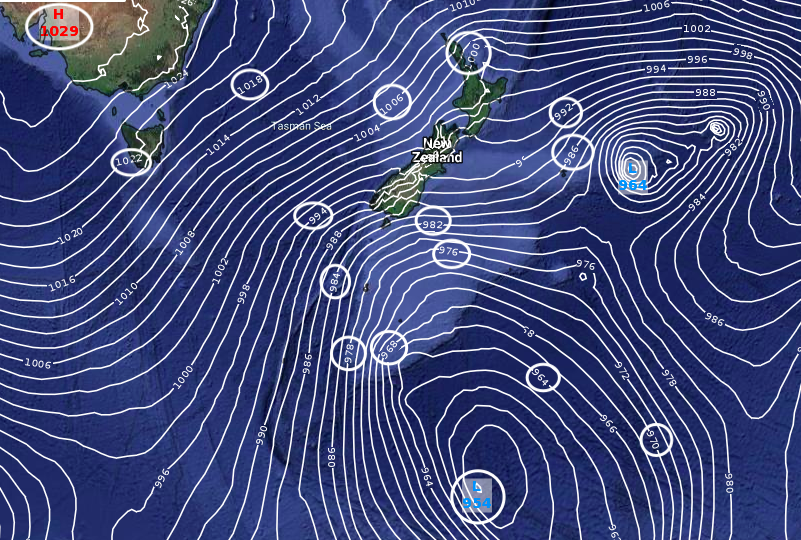