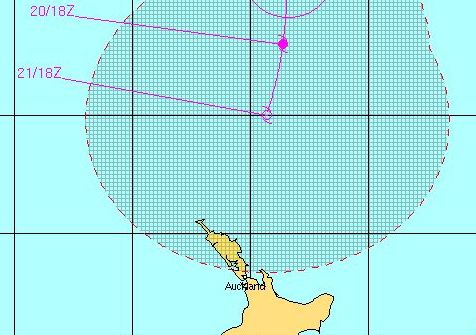 As Evan leaves the tropics over the next day or two it will cross over cooler sea waters.  The warmer the waters the bigger the storm so like all cyclones they lose some energy as they head south.

However once they move into New Zealand’s area they can reform – sometimes they weaken, sometimes they can even strengthen – but the structure of the entire storm changes.

In the case of Evan he has his work cut out for him – as a very large high pressure system will be over the South Island and parts of the North Island and Evan will simply run straight into it.

“A lot of the storms we get in New Zealand are caused by lows and highs pushing against each other and creating very strong winds” says head weather analyst Philip Duncan. “Cyclones don’t work that way and the winds from them are entirely generated by the low itself. So when a cyclone runs into a high pressure system it pulls them apart”.

“Evan will be unravelling by the time he reaches northern New Zealand – the big question is, will it unravel completely before it reaches us sparing us from severe weather, or will Evan unravel over the upper North Island which could prompt severe weather warnings”.

Most models WeatherWatch.co.nz trusts and uses show the storm significantly falling apart on December 24 and 25 and fizzling out on December 26th.

“If it’s not stormy in the upper North Island it may just be cloudy with some wind – it’s a forecast that people shouldn’t panic about but should monitor closely”.

WeatherWatch.co.nz will continue to track Evan with regular updates each day.

What the computer models are saying for Dec 24/25 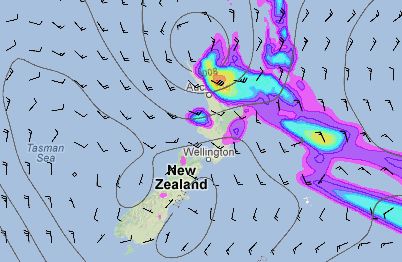 WeatherMap.co.nz – based in New Zealand 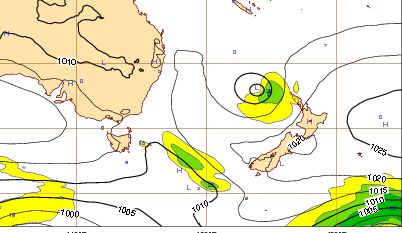 ECMWF – based in Europe 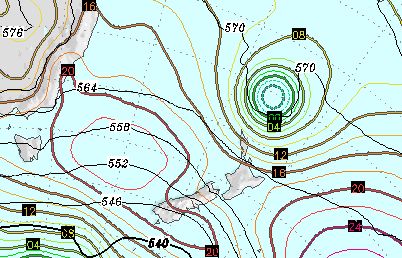 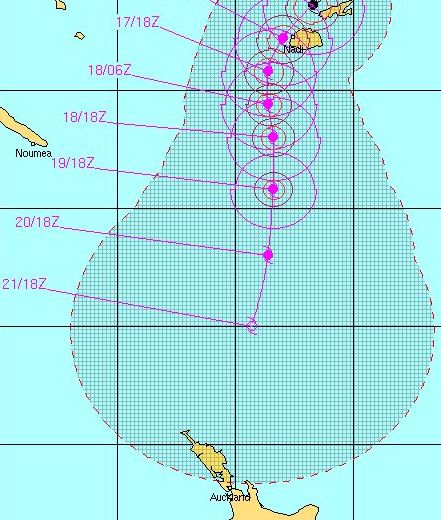