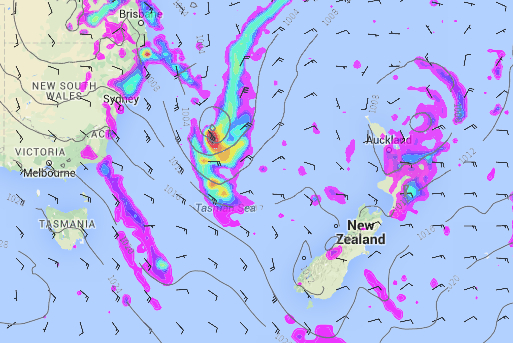 The east-northeasterly airflow sitting across the country will bring hot, humid and drizzly conditions to many eastern parts of New Zealand, at either end of the day.

On the opposite side of the island, it’s looking mainly sunny, with some easterlies – while there’s a chance of a shower in the Central North Island and Waikato regions late on in the day.
Northland could be looking at a shower or isolated patch of drizzle towards evening too.

The east coast is looking similar to the North Island’s east, with warm, cloudy conditions and drizzle possible both morning and night.
On the West Coast, it’s looking brighter – with mostly sunny weather dominating the scene with some light winds, while an isolated shower is possible late on in the day about the inland ranges.

Showers may trouble the eastern side of the Southern Alps too, but we expect these to stick mainly to the west, if at all.