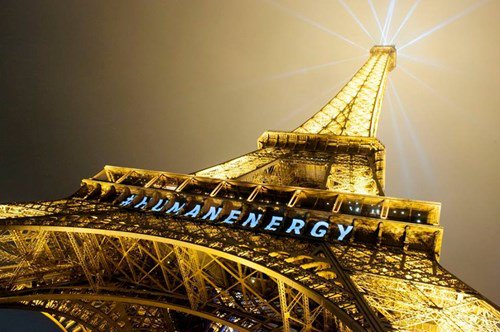 “We must protect the planet that sustains us. For that we need all hands on deck,” U.N. chief Ban Ki-moon said Saturday after diplomats agreed on a final draft on climate change.

After years of buildup and almost a month of negotiations, world leaders reached a deal Saturday on controlling climate change that the French Foreign Minster said was “fair … and legally binding.”

“Today we are close to the final outcome. It is my deep conviction we have come up with an ambitious and balanced agreement,” French Foreign Minister Laurent Fabius said Saturday.

The delegates to the negotiations achieved great progress, Fabuis said.

The proposal will be handed over to world leaders or their representatives later in the day.

Capping the increase in global average temperatures to 2 degrees Celsius (3.6 degrees Fahrenheit) was organizers’ key goal going into the 21st Conference of Parties, or COP21. That level of warming is measured as the average temperature increase since the industrial revolution.

If that temperature threshold is not reached, the result may be superdroughts, deadlier heat waves, mass extinctions of plants and animals, megafloods and rising seas that could wipe some island countries off the map. The only way to reach the threshold, scientists say, is to eliminate fossil fuels.

But Fabius said the agreement would limit the the increase to 1.5 degrees Celcius, Fabius said.

Despite those dire predictions, getting 195 nations was a monumental task.

“It’s time to come to an agreement”

“Obviously, nobody will get 100% of what they want,” French Foreign Minister Laurent Fabius said Friday as he discussed the “balanced and as ambitious as possible” working document that will be voted on. “What I hope is that everyone remembers the message of the first day, when 150 heads of state and government came from all around the world to say, ‘The world needs a success.’ “

Countries must agree by consensus. Organizers hope countries will adopt the proposal but there could be some nations that don’t go along. It will be up to the COP21 president to decide whether there’s an agreement.

After the decision in Paris, the countries that adopt the agreement will later have to ratify it nationally.

Negotiators took a key step December 5 with the release of a draft agreement that has been posted online by the United Nations Framework Convention on Climate Change. That draft has been modified throughout the week.

Many officials have talked about the importance of doing something to slow the pace of global climate change. Having legally binding reductions in greenhouse gas emissions has long been seen as a priority to make this happen.

One of the sticking points has been coming up with a way to punish nations that don’t do their part.

For now, it appears parties are leaning toward mostly an honor system agreement, with individual countries making pledges that won’t necessarily be enforced by any world court or body.

Other issues, according to observers: Whether there would be reparations paid to countries that will see irreparable damage from climate change but have done almost nothing to cause it and how countries will have their pollution-reduction efforts monitored.

So now we are really stuffed.

Think this is going to save us? Think again.

Might pay to look into it and the agenda the so called United Nations has in store for us in the future.

Conspiracy theory? Not on your life.

Conspiracy theorists are those who have seen right through the bullshit!