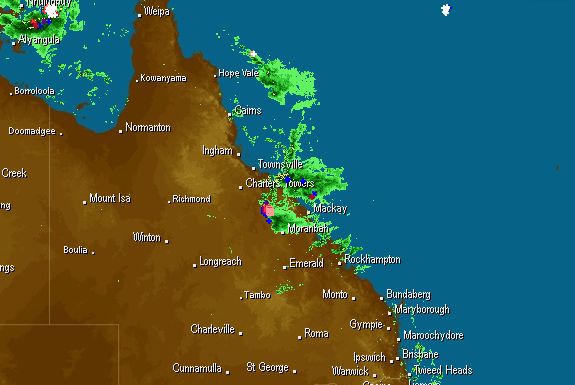 A slow-moving trough brought heavy rain and storms to parts of the tropical Queensland coast on Friday, bringing the highest rainfall totals in over six years for some.

Showers and storms flared up over coastal parts of the Sunshine State during the afternoon with the heaviest falls being around the Central Coast-Whitsundays.

Hamilton Island had the highest total recording a massive 233mm, the highest in over six years. Most of the rain fell late on Friday night and into the small hours of Saturday morning. At its heaviest the island saw 18mm in just 10 minutes.

Elsewhere in the east of the state, Thangool had 42mm taking their monthly total to 172mm, making it their wettest November in over 80 years of records.

The trough responsible for this weather will trigger further showers and storms during Saturday with heaviest falls between Townsville and Rockhampton. There will be widespread falls of 20-40mm with isolated falls of 100mm possible. On Sunday, showers will be lighter and more isolated with falls generally remaining below 15mm.