Home > News > Green thunderstorms: there have been man...

Green thunderstorms: there have been many theories behind the mysterious glow 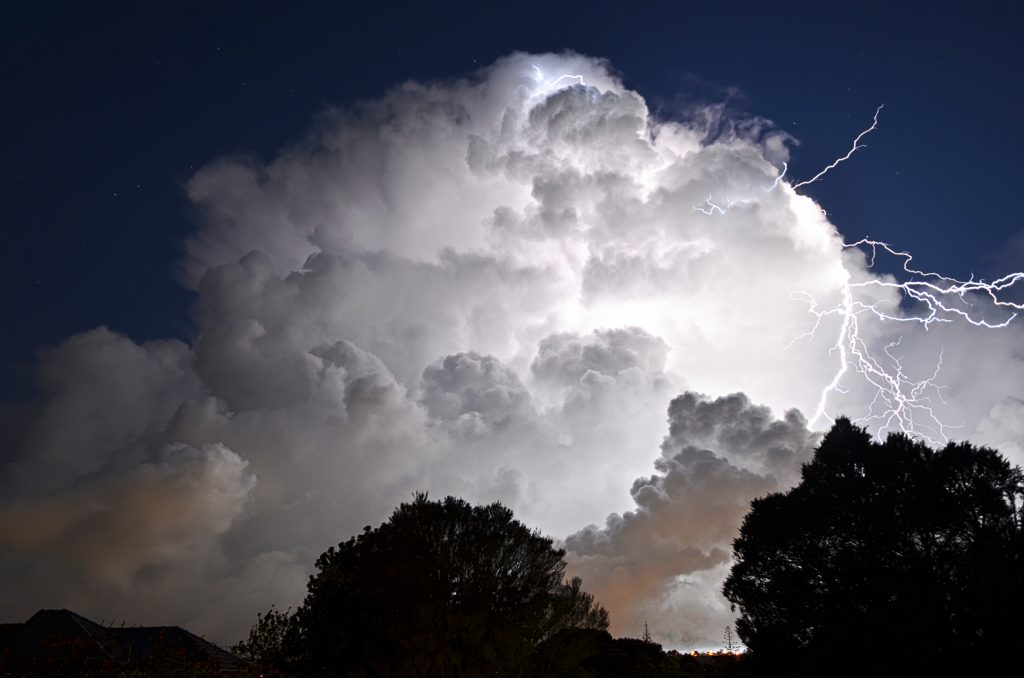 Pictures posted online of clouds with a spooky green glow have been generating debate.

There are lots of theories floating around the internet, but Dr Joshua Soderholm, a research scientist at Monash University, can clear up a little of the mystery.

“There’s been a number of theories that have actually been slowly disproven by science over the years,” he said.

“People originally started by thinking that it was the grass; somehow the green light coming off the grass was reflected through the storm back into people’s eyes.”

But Dr Soderholm says that isn’t the case.

Another theory is that it was because of the contrast between warmer afternoon light colours and the cloud Ã¢â‚¬â€ but Dr Soderholm doesn’t rate this theory either, nor that the green appears when there are storms close to sunset.

“I have seen photos of thunderstorms that look green before lunchtime as well. I don’t think it has anything to do with the time of the day.”

Dr Soderholm says the best theory is that the thunderstorms act as a filter.

“There’s actually light coming through the thunderstorm and that’s filtering out certain wavelengths, and one of the wavelengths that does make it through is the green colours.

“I have seen it myself on a number of occasions, where it is very clear that the light is coming from the cloud, through the cloud itself.”

“That’s what’s thought, and even a lot of meteorologists think that as well,” Dr Soderholm said, adding that there is a link between the most severe supercells and the green light.

“The more severe storms that I’ve seen, and a number of that had been documented, really do have this pronounced green effect.

“It seems to be associated with the most intense thunderstorms.”

He says the green light is often seen in the updraft area of the storm.

“It is almost as if the light is shining through the updraft, through the top of the storm and being filtered out on its way through all of the hail and rain in the updraft.

“There would definitely be some relationship between how much rain is present, how much hail is present, and the colours of the light that makes it through.”

But there are still many unknowns when it comes to the mysterious green light.

“There has been some basic modelling studies that have looked into [the relationship between updraft content and colour] but it’s very hard to definitively prove,” Dr Soderholm said.

“There are so many things about thunderstorms that we only have the best theory.”

What about coloured lightning?

It is not just clouds that can take on strange colours, with lightning also changing colour depending on the conditions.

But then there are also less phenomenal reasons for pictures to look unusual; strange-coloured lightning can be the result of how a camera captures an image.

It does always pay to have a little caution before assuming that pictures are perfect representations of reality … especially on the internet.

But getting to see the phenomenal weather from around the world and talk about how it works is one of the wonders of the web.