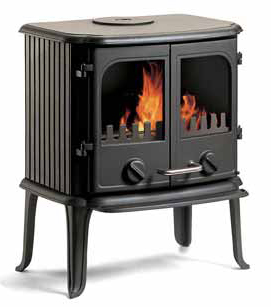 Although our weather has been variable in recent weeks, it certainly doesn’t compare to late Autumn when we endured a record cold and gloomy month .

The lowest May temperatures ever in many locations and double normal rainfall for most of South Island took place.
Extremely low temperatures (between 2.0 and 2.5 °C lower than normal) were recorded over most of the South Island, lower parts of the North Island, King Country, Waikato, Auckland and parts of Northland.  Most other locations experienced well below average temperatures (between 1.2 and 2.0 °C lower than normal). The national average temperature of 9.0°C was 1.6°C below the long-term average for May.
Double the normal rainfall for May (about 200 percent of normal) occurred in the Wairarapa, Canterbury and Otago. Much of Northland, Auckland, Wellington and Southland received at least 150 percent of normal May rainfall. Only western Bay of Plenty (about 60 percent of normal) and Tasman District (between 20 and 60 percent of normal) received below normal rainfall for the month.
Well above normal sunshine totals for May (greater than 125 percent of normal) were recorded in Northland, Manawatu, the south-west of the North Island, and the West Coast. Below normal sunshine (between 75 and 90 percent of normal) was received along the Taranaki and eastern coasts of the North Island, and in Central Otago.
There were several extreme events during the month. Many locations received record low maximum and minimum temperatures, particularly between the 9th and the 11th and on the 21st and 22nd of May. Heavy rainfall resulted in flooding in south Canterbury on the 17th, and in Otago on the 18th. High winds buffeted Wellington on the 15th, 17th, 23rd, 24th, 30th and 31st.  Snow fell to low levels periodically during the month and tornadoes damaged property in Warkworth on the 11th, and in Taranaki on the 17th.
The average pressure pattern for May 2009 was dominated by the persistence of anticyclones (“highs”) over southern Australia and more depressions (“lows”) than normal passing over and to the east of New Zealand. The average May surface pressure over New Zealand was as much as 8 hPa lower than normal. The persistent anticyclones resulted in more southerly air flows than normal over New Zealand, which led to the low temperatures experienced during the month.
Further Highlights( or Lowlights in some cases):

Missed out the big hailstorm at the Mount in the middle of May.