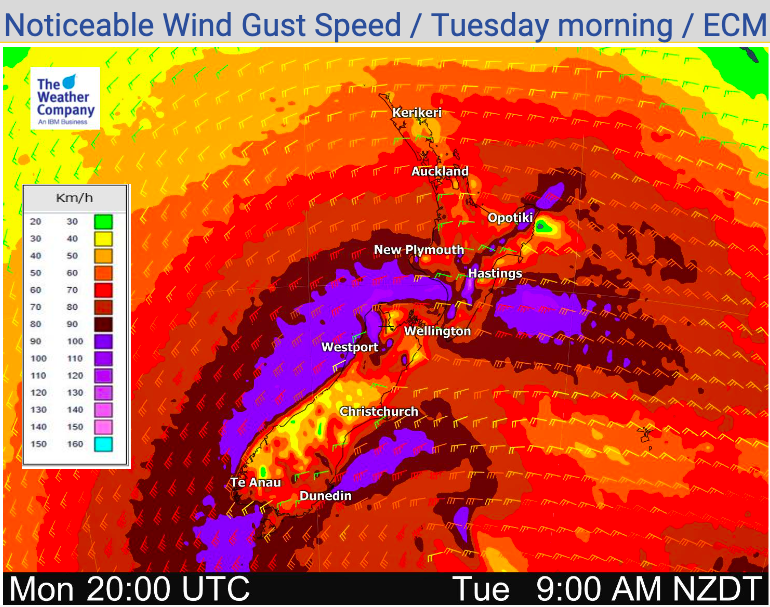 We know swells/waves at sea come in sets – the wind will do the same, surging off and on across the nation over the coming days as the storm in the Southern Ocean continues to rapidly develop and put more wind pressure over both islands of New Zealand.

Due to the huge size of the storm we’ll receive ‘waves’ of the strongest winds off and on over the coming days. These maps show which areas are most exposed.

We have much more wind data – including interactive graphs – (Hourly for 10 days) by visiting www.RuralWeather.co.nz (We cover every rural community in NZ but also every town and city suburb too!).