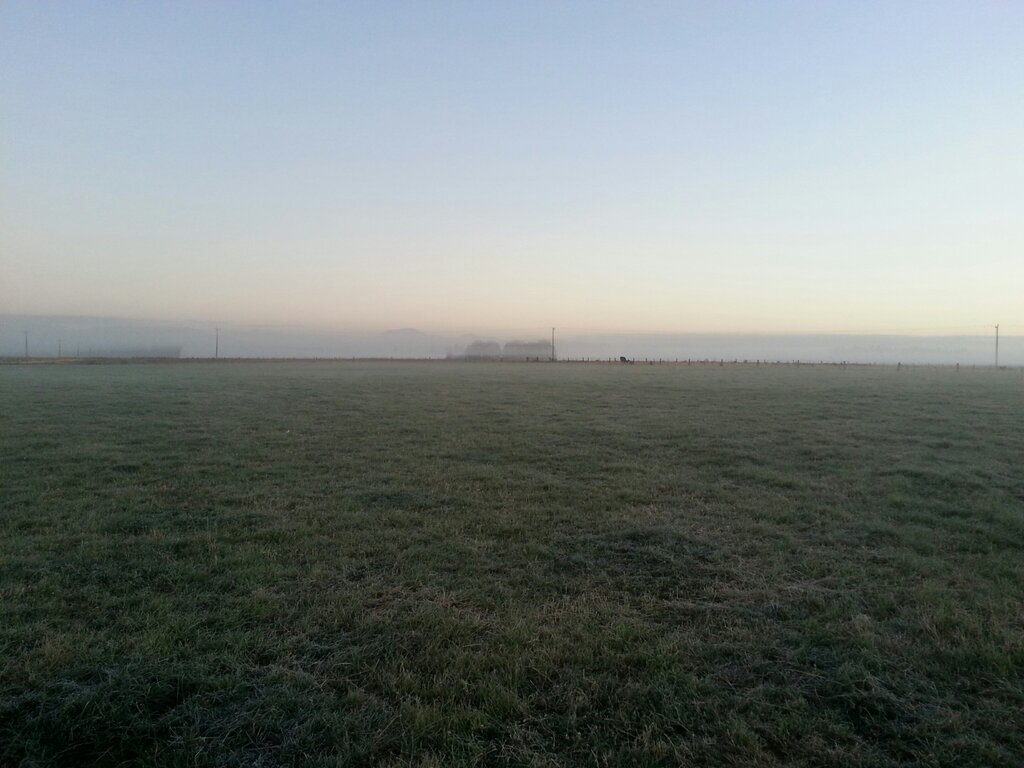 Frosts formed overnight and fog rolled in over parts of the far south as temperatures plummetted following a cold southerly airflow.

Conditions resembled an early winter and not the sort of weather pattern expected during the hottest month of the year traditionally.

Both Dunedin airport and Invercargill were one solitary degree earlier this morning and Gore didn’t fare much better with two degrees.

Temperatures and conditions are set to improve this morning with mostly sunny skies expected.

Homepage image of frost and fog in the deep south by B. Drysdale

Hi Guys
It’s just 0.5 degrees at my place in Clinton, South Otago. Even my pussies stayed in bed as it was frosty lol
Rach