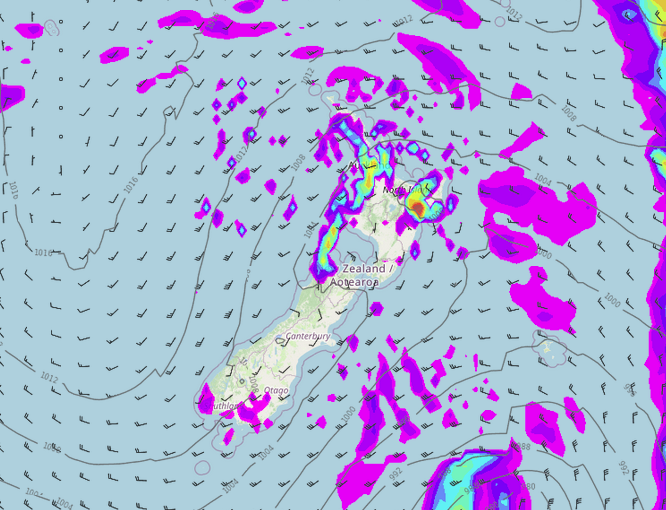 A southwesterly airflow lies over the country today with showers getting into eastern regions and temperatures dropping, thunderstorms possible for the western North Island too.

Eastern North Island
Some sun for Hawkes Bay and Gisborne, showers about Wairarapa spread northwards during the afternoon with developing southerlies, perhaps turning to rain for a time later in the day then easing overnight.
Highs: 14-19

Southland & Otago
Showers, a few snow flurries to 700m, easing from afternoon, clearing in after midday for Central Otago with sun increasing. Southwesterly winds, dying out later in the day.
Highs: 10-11