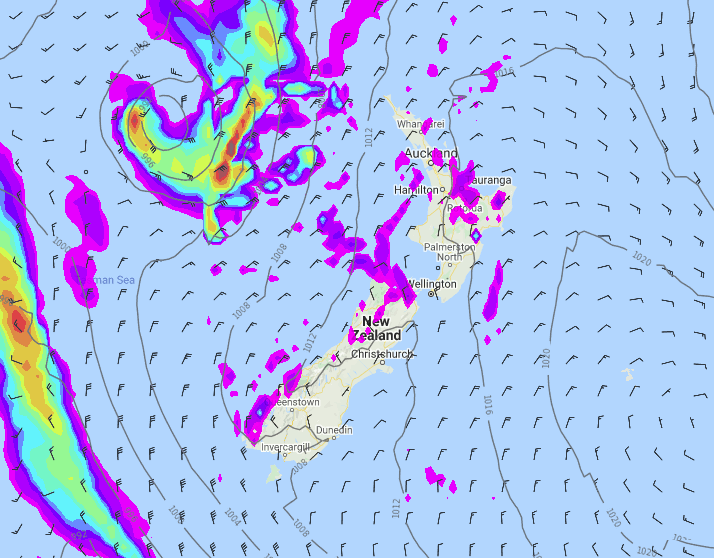 A northeasterly airflow lies over New Zealand today, flowing between a high out to our east and a low entering into the Tasman from the northwest.

Northland, Auckland, Waikato & Bay Of Plenty
Mostly cloudy, chance of a light shower or two. There may be some fog to start the day for inland areas. Showers becoming a little more widespread in the evening. Northeasterly winds becoming breezy in the afternoon for Northland and Auckland.
Highs: 20-22

Western North Island (including Central North Island)
Plenty of high cloud, there may be some lower level cloud about Taranaki and Kapiti at times bringing a light shower or two mainly morning and night. Also a chance of morning fog for inland areas. North to northeasterly winds.
Highs: 19-23

Eastern North Island
Early cloud lifts and some sun may break through for a time but then expect thickening high cloud, afternoon northeasterly winds.
Highs: 21-23

Wellington
Risk of a light morning shower then cloud lifts a little but there will be plenty of thickening high cloud, northerly winds.
Highs: 19-21

Marlborough & Nelson
Increasing high cloud with north to northwesterly winds, a few showers about Nelson and the Marlborough Sounds by evening. Overnight rain for Nelson.
Highs: 19-22