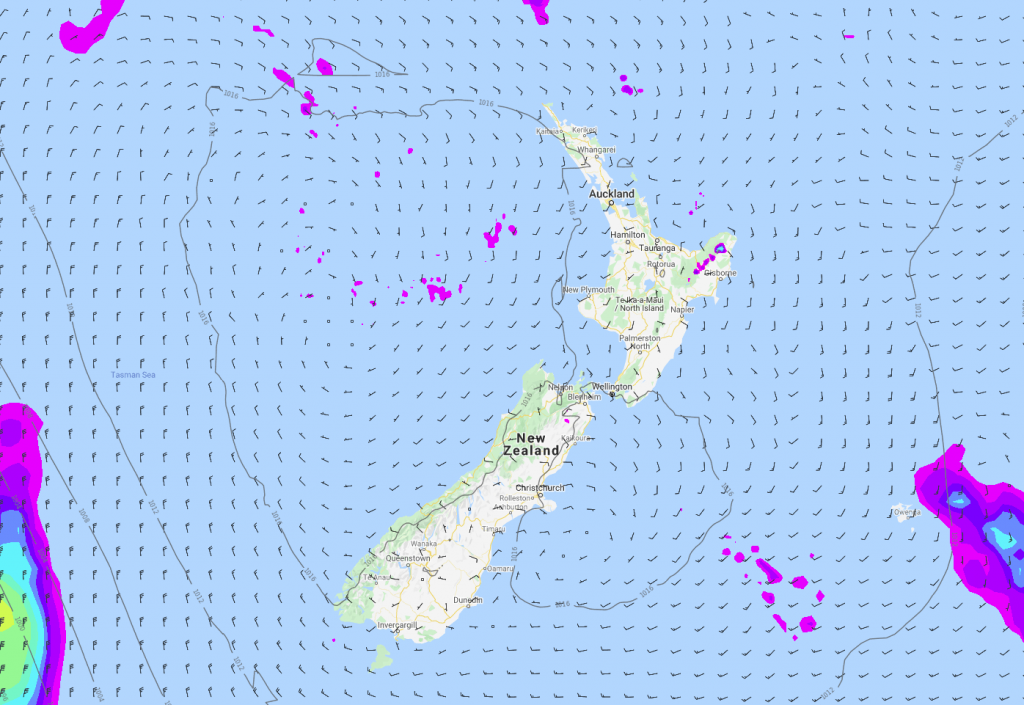 Dry for most today but Hawkes Bay / Gisborne could see a clearing morning shower. Canterbury in the South Island sees a few drizzle patches or showers this morning then spreading up the coast to Marlborough this afternoon.

Today’s warmest temperatures will be about Bay Of Plenty especially in the east, the coolest will likely be about coastal Southland.

Winds around New Zealand will not be strong.

Eastern North Island
Morning cloud then mostly sunny, cloud may thicken up a touch again in the evening. Southerlies tend easterly later in the day.
Highs: 21-23

Wellington
Mostly sunny, there may be some cloud for a time in the afternoon. Southeasterly winds.
High: 19-23

Marlborough & Nelson
A mostly sunny morning then cloud moves in towards midday with southerlies, chance of a brief shower for Marlborough around midday. Cloud breaks away again in the evening. Winds tend easterly in the afternoon for Marlborough, afternoon northerlies for Nelson.
Highs: 19-21