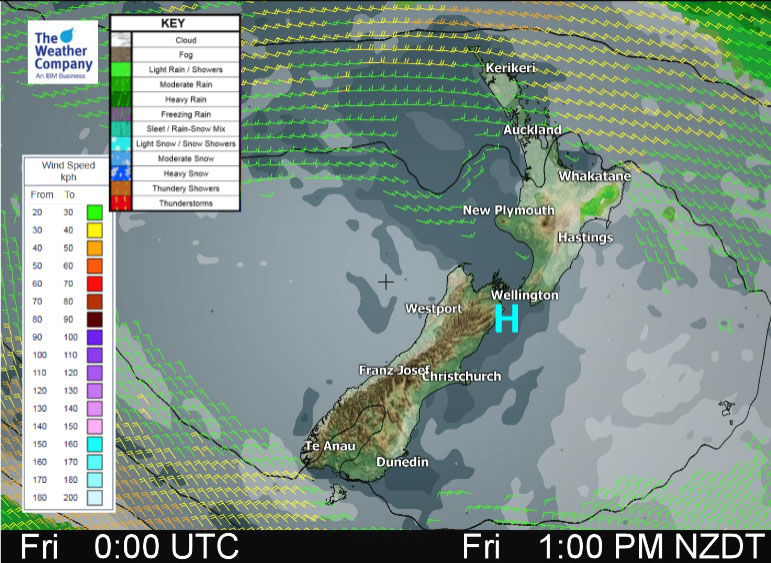 An anticyclone brings mainly settled weather to New Zealand today. An east to southeasterly airflow around this high brings the odd shower to some east / northeastern parts of the North Island.

Northland, Auckland, Waikato & Bay Of Plenty
Mostly sunny with light east to southeasterly winds. Some cloud about a few eastern areas like Coromandel, Great Barrier Island and eastern Northland may bring a shower or two at times.
Highs: 20-24

Eastern North Island
Early cloud clears Wairarapa then mostly sunny, cloud breaks to a mostly sunny afternoon for Hawkes Bay. Gisborne has the odd light shower, easing during the day then clearing in the evening. Southerlies tend southeast in the afternoon then easterly by evening.
Highs: 18-20

West Coast
Mostly sunny, some cloud at times about the ranges. Light winds tending west to northwest in the afternoon.
Highs: 18-23