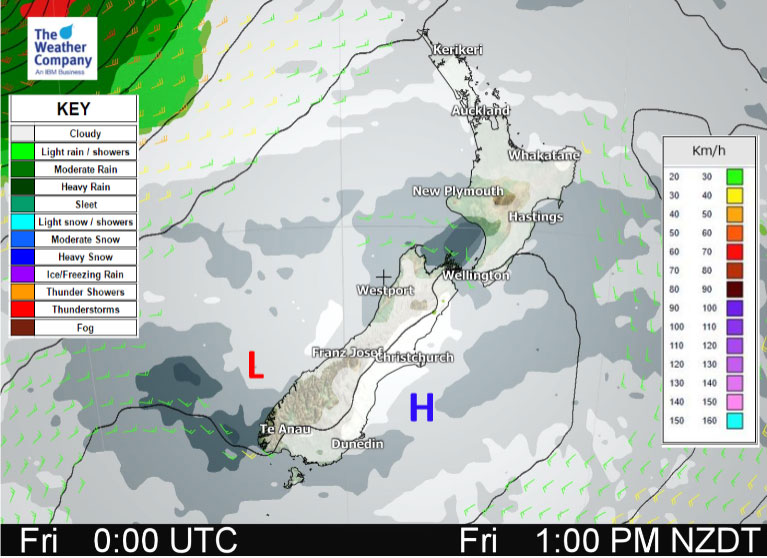 Wellington
Mostly sunny, there may be some cloud at times. Southeasterly winds.
High: 20

Southland & Otago
Morning cloud breaks to sunny areas in the afternoon, skies near coastal Otago may stay mostly cloudy all day but there is still the chance of some afternoon sun there. Light southeasterly winds.
Highs: 14-23