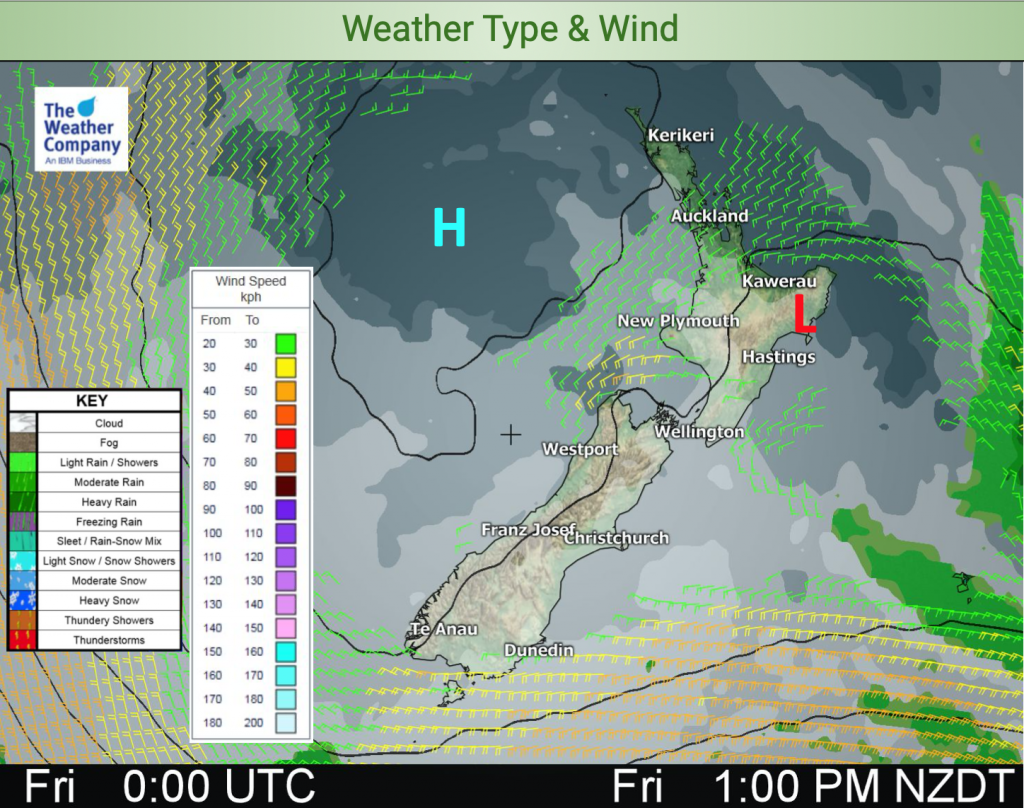 For the upper / western North Island, expect some cloud at times mainly about western coastlines, sunnier conditions the further east you go. Southwesterly winds, breezy in the afternoon. Mostly sunny along the east coast, some high cloud, light winds tend onshore in the afternoon.

For the upper South Island, morning mid level cloud breaks but expect plenty of high cloud for the rest of the day. West to southwesterly winds in the west, east to northeast winds in the east. A mix of sun and cloud about Southland and Otago, winds mostly from the west or southwest however expect afternoon east to northeast winds for coastal Otago.

Average to above average temperatures for most of the North Island, a west to southwest breeze keeps temperatures about western coastal areas a little cooler than normal. Highs range from 19 to 24 across the North Island. The interior of the South Island starts to warm up with coastal areas still average due to onshore winds in the afternoon. Temperatures in the late teens for coastal South Island areas, reaching into the early twenties for inland areas.