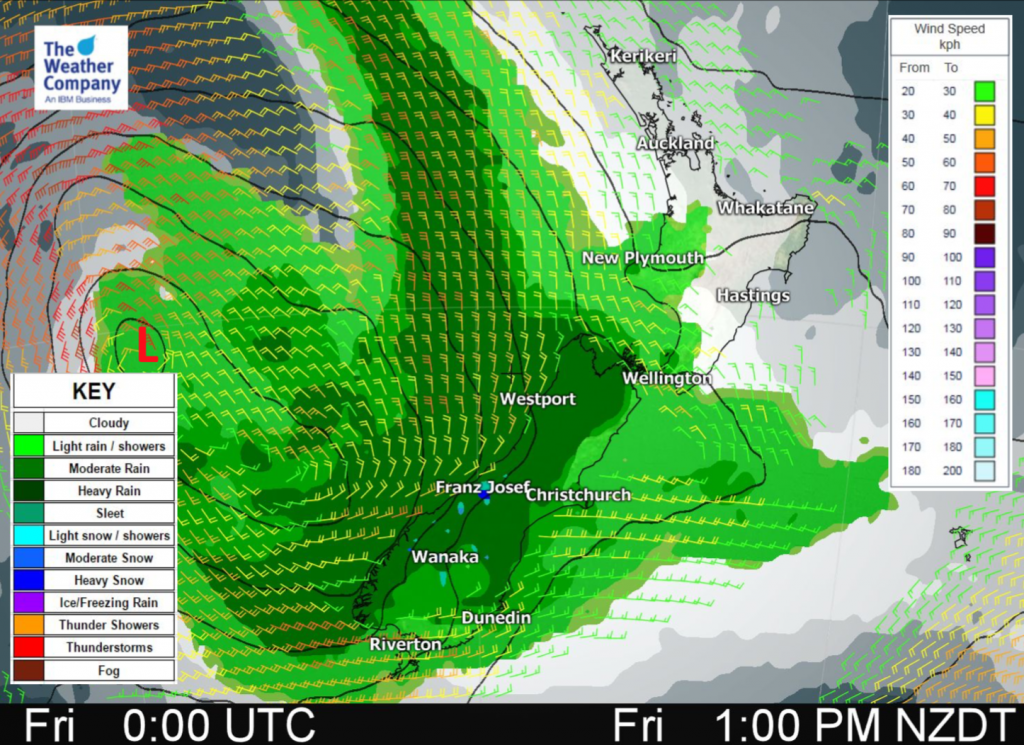 Northland, Auckland, Waikato & Bay Of Plenty
Plenty of high cloud, some sun breaks through at times. Low risk of a shower otherwise mainly dry, some rain develops in the evening. Northwesterly winds.
Highs: 17-20

Eastern North Island
Plenty of high cloud, some sun may break through at times. Light north to northwesterly winds.
Highs: 20-23

Wellington
The odd shower or drizzle patch then some evening rain, north to northwesterly winds strong at times from afternoon.
High: 15

Marlborough & Nelson
Rain develops in the morning (heavy about Nelson) then easing overnight. North to northwesterly winds become gusty in the afternoon.
Highs: 16-17

Canterbury
Periods of rain with easterly winds, easing in the evening. Rain heavy about the high country.
Highs: 16-17