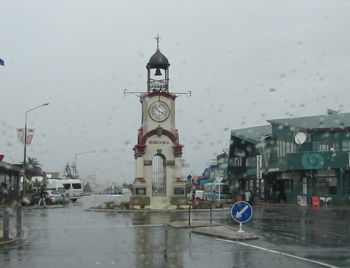 Heavy rain keeps falling on the West Coast and flooding continues as a result with main highways being impacted.

A one-lane bridge over the Wanganui River at Harihari on the West Coast has been washed away, cutting off State Highway 6, the only highway along the coast.Police are advising the route back to Wanaka for those wanting to reach the West Coast which is a very lengthy detour.

State Highway 73 – the West Coast’s main roading link to Canterbury – is closed from Arthur’s Pass through the Otira Gorge to Jackson’s – with flooding on parts of the road and high winds causing several trees to fall over and block some areas. The alternative roading link between the regions is via the Lewis Pass on State highway 7.

Low lying areas are struggling to absorb the amount of rain and paddocks are flooding as well as some minor roads.

Nelson and North west Buller are also in the firing line with heavy rain falling and strong winds buffeting the area.