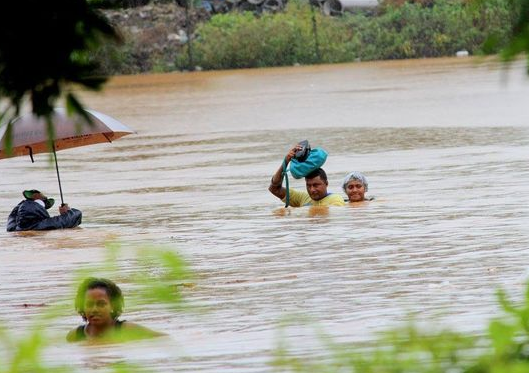 Forecasters in Fiji say there could be extensive flooding, with heavy rain likely to persist for the next couple of days.

The acting director of the Fiji Meteorological Service, Misaeli Funaki, said there was already flooding in the western and northern divisions, but that was expected to get worse as water moved down from the hills and met an incoming high tide.

Mr Funaki said the heavy rain was not expected to end soon: “The whole system is anchored over Fiji, and this is going to be the case for the next – even into tomorrow and into the day after. The trough will remain slow moving over us and that will be dumping in more rain as we look ahead.”

Misaeli Funaki said another tropical disturbance to the west also has the potential to develop into a weak tropical cyclone as it moved towards Fiji.

Heavy rain had already caused flooding in the west and north of Fiji’s main island, Viti Levu, and heavy rain and flood warnings were in force for the entire country.

FBC News reported the Nadi Back Road was under water and all traffic was being diverted through the main town.

Ana Zarkavic, a water and sanitation specialist for the Red Cross, said she was very concerned about remote inland communities, which were still waiting for help and advice on all important sanitation issues.

Heavy rain had cut off access to hundreds of households that still needed help.

Aid authorities said about a quarter of a million people in Fiji still needed help with water, sanitation and hygiene across the country.

They said open defecation had the potential to exacerbate disease outbreaks, including typhoid.