FIJI: Death toll from flooding rises – ahead of another Tropical Cyclone 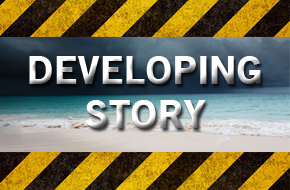 Drownings and water contamination are major concerns for areas affected by the latest severe flooding in Fiji.

A 70-year-old man has died and a 19-year-old girl is still missing on the Sabeto River near Nadi.

Red Cross aid worker Corinne Ambler said the floodwater could be very dangerous even if it looks safe.

She said people are being urged not to swim or cross waters which could be contaminated or flowing faster than they think.

Ambler said the Red Cross won’t reach some areas until Friday or Saturday.

Fiji is bracing for its second tropical cyclone this year with the government today issuing a fresh storm alert.

Warnings have gone out for the central Lau and Lomaiviti island groups to prepare for damaging winds and flooding as Tropical Cyclone Zena tracks towards to the disaster-ravaged Pacific island nation.

The latest alert says the Category 1 cyclone was 900km to the north west of Nadi earlier today, intensifying as it approached.

The cyclone was expected to sit 150km south-southeast of Nadi at 3am tomorrow.

People were being warned that damaging winds would begin several hours before the centre passed overhead or nearby.

It also said to be prepared for heavy rain and flooding, especially from storm surges along the coastline.

At the moment, average wind speeds at Zena’s centre was 85km/h with gusts of 120km/h.

A gale warning was in force for Viti Levu, Kadavu and Mamanuca group with strong winds expected across the rest of Fiji.

The country is still recovering from Cyclone Winston, a Category 5 storm that left a trail of destruction in northern and western parts of Fiji in February.