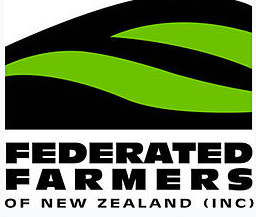 NZ forecasters have been in the news a lot this past week following Fed Farmers president David Clarke talking to the NZ Herald and RNZ last week about his frustration with ‘unofficial’ forecasters hyping severe weather events in the South Island.

But this morning on radio show Rural Today on Magic Talk both WeatherWatch.co.nz head forecaster Philip Duncan and Mr Clarke had the opportunity to clarify points raised, leading to a positive outcome.

When asked by radio host Dominic George if David Clarke was lumping all weather providers into one basket Clarke responded “No, not at all, there’s legitimate companies like WeatherWatch that provide well researched and well balanced forecasts that are very, very, useful to the farming community and the wider community…”

Clarke’s main issue was to do with smaller providers who he says hype weather events, use stock photos to show potential from previous storms, then push people to subscribe to get information the day before the event hits from behind a paywall. WeatherWatch does not have a paywall and while some plans are in place to introduce them, no structure would be in place to paywall severe weather messaging.

The Federated Farmers President goes on to say while offshore forecasters (like YR) can be useful he also acknowledged what WeatherWatch is doing here in New Zealand with IBM. “WeatherWatch in partnering with Farmers Weekly and AgriHQ, look they’re doing a good job, MetService/Niwa do a good job, so no not picking out one [to support overall], people need to work out who they want to use as their weather provider and look at the credibility of the service that is being provided”.

Mr Clarke went on to say he uses about three different forecasters to help make his farming decisions, a practice many farmers and growers have told WeatherWatch.co.nz they do daily as well.

Listen to the interviews below: