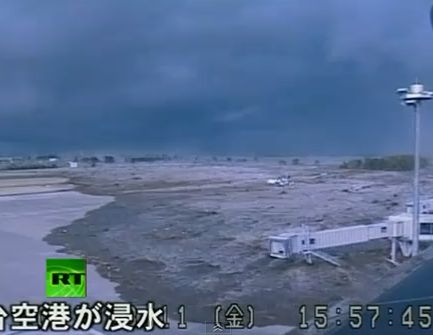 There were the Queensland floods; the category-5 cyclone Yasi; the Christchurch earthquake in February; the Japanese earthquake and tsunami in March, the following nuclear meltdown; deadly tornadoes in America; a deadly tornado in Auckland; a large volcanic eruption in Chile; and this month, a historic cold blast.

To top it off, weird little things have happened – like that small earthquake in Auckland and then the recent snowflakes in our largest city.

I’ve been asked this question a lot lately – is the world coming to an end? I do understand why New Zealanders are feeling that way. We have had to deal with more than our fair share of natural disasters this year, which also means we have a heightened sensitivity to any other major calamity.

Thing is, it was probably just our turn this year. We’ve had a fairly quiet 10 to 15 years really – Mt Ruapehu finished puffing and rumbling in the 90s, the tropical cyclones mostly stopped in 1997 and only returned this year, and our last deadly earthquake was in the 1980s. Though we’ve had some big natural disasters over the past 15 years, they have been spaced out.

But we can look at things positively – I’ll leave you with this comment from Hope Breichler, who placed this comment on WeatherWatch’s Facebook page: “The [Antarctic blast] was a most welcome distraction from earthquakes, which we in Canterbury have become rather fixated on and gave us all something else to talk and think about. I for one am going to try and not go back to the old thought patterns, and move on, so thanks for the great coverage and input, helpful in so many ways, and, ps, I know it was absolutely awful for some in ChCh and did nothing but make a hard life so much harder, and to you my thoughts and prayers.”

I found this article a little confusing at first but then got the gist of it, especially since when i first read it quickly i thought you said the Martians (not Mayans) where predicting the end of the world!

Anyway I think we are more aware of potential disasters and how they  could affect or end our lives.

One thing I have noticed is that people actually have a genuine interest in the weather nowdays, and instead of boring people to death, it can stimulate some interesting party conversations and debates, with the help of a wine or two!

Anyway the day the world runs out of chocolate my world will end:(

I agree, Philip. The world isn’t ending, it’s evolving. The recent spate of large earthquakes around the world doesn’t mean the end is nigh. All the continents on the planet were once one big land mass. They didn’t get where they are today without some major drama. And that’s not going to stop just because humans have come along and settled on top of them.

Social media and improved broadcast technology makes us hyper-aware not only of such events but of everyone’s reaction to them. It becomes personalised, and we share the human experience rather than just hearing the facts. I remember the Albany tornado in 1991 – damage was shown on the news that night, but with this year’s tornado, we were watching video of the twister carving through the Placemakers building within 30 minutes of it happening. Everything is much more in-your-face than it used to be.

A very true and balanced piece, particularly the fact that more and more disasters are being reported! In reality things are probably just the same now as 15 years ago, we just hear a lot more about things now, and more instantly! We dont have to wait for the 6pm news anymore to find out whats happening around our country or the world!

I completley agree, not only can you track the weather better but, we see and hear about international disasters and national ones daily. We have better and more technology now than ever before so when anything happens no matter how tiny, we read about it instantly.  These disasters have happened for always, its just now they are available for all to hear about.  So no end of the world in sight, anyway there would be nothing we could do about it, so no use in worrying

Ruapehu had small eruptions as recently as 2007 😉 Though not as big as the previous eruption over 10 years earlier.

Honestly, the people who think the world is coming to an end know nothing of the law of averages, and probly believe in the easter bunny too. Along with other mystical made up creatures.

How do I know all this? Ken Ring told me