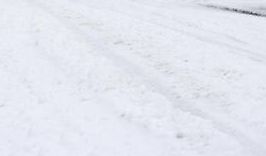 The country’s skifields have had an early taste of snow, with 10-15cm falling last week on the upper slopes of Mt Ruapehu’s Whakapapa field.

Turoa Rd was closed because of snow.

The mountain’s Turoa skifield was not due to open until June 25, but Mr Smith said he hoped the snowfall was a sign of good things to come.

“They’re saying the closest climate outlook approximation to recent years was 2008. And that was the best season we’d ever had in terms of snowfall.”

Last season was a difficult one because of light snowfall and poor weekend weather.

“But it feels like we had a really nice, very long, warm, dry summer. And it kind of feels like the seasons have normalised a bit.”