Home > News > Dry couple of weeks on the way for large...

Dry couple of weeks on the way for large parts of NZ, heavy rain for NSW 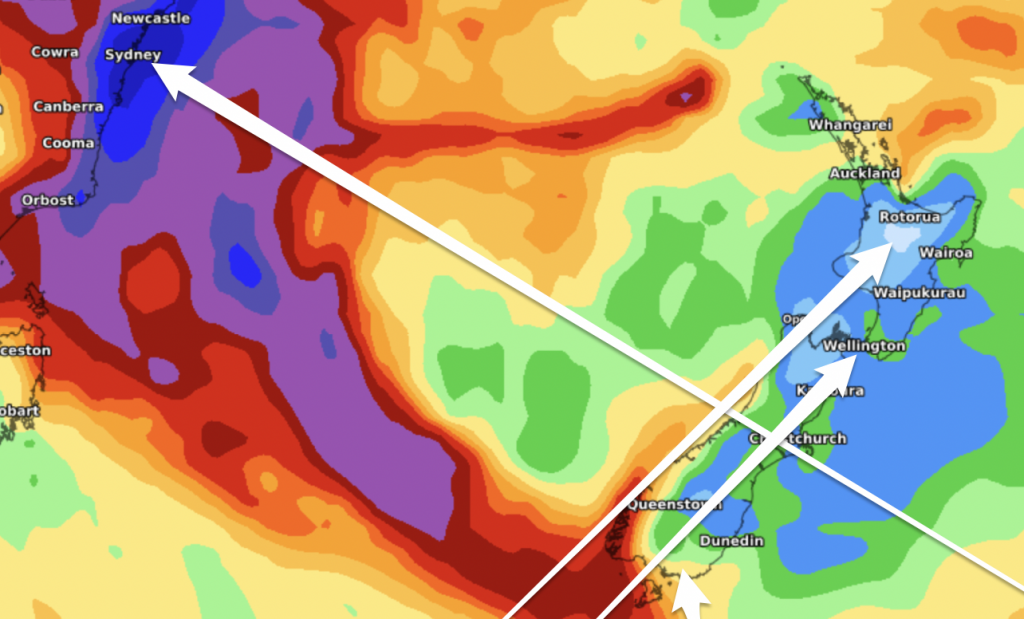 Drier and more settled than usual – that’s the headline for the next couple of weeks ahead as powerful high pressure zones from Australia look set to stop rainmakers again in the NZ area (and enhancing the wet weather in Sydney and New South Wales).

As some parts of NZ deal with nearly half a decade of rainfall deficit the news of drier weather may not be welcome by all – but will be by those on school holidays with this week looking very settled and mainly dry – only a few coastal showers in the east likely and perhaps a few showers on the West Coast this Thursday (not much).

But places like Taupo and south Waikato may be the driest of all – some data suggests they have just a couple of millimetres coming over the next half month (15 days).

Frost and Fog patches will be a little more common too – view NZ’s only Fog Forecaster & Frost Forecaster via www.RuralWeather.co.nz.

For Southland, in drought of course, the drier forecast won’t be overly welcome, but it’s not all bad news. Despite being in drought, the past few weeks have brought some decent rainfall totals to many areas, allowing for some “breathing room”. A few more showers are coming too. Also, a few frosts are forecast with the clearer skies, and certainly lower overnight temps, but the daytime highs aren’t too bad later this week, in fact closer to 20C with overnight lows closer to 10C, which is mild for Southland heading into May.

Our next ClimateWatch outlook (special extended video and news story with maps) will be issued on Monday, May 2, covering the likely rain and temperature trends for New Zealand for the month of May, but also how things are shaping up for the first half of Winter 2022.