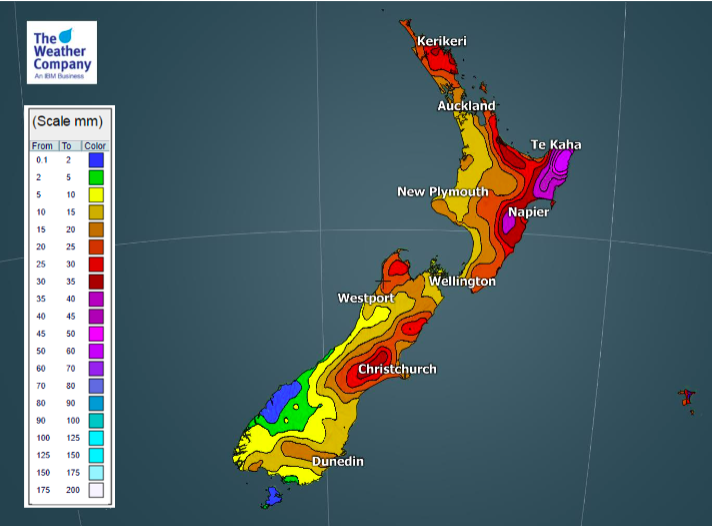 Showers and patchy rain moved across the upper North Island yesterday and more is on the way.

Totals varied but generally fell within the forecast of a few mm up to 15, maybe 20. However it’s fair to say many had less than 2mm recorded too, meaning follow up rain is needed – and more is coming, at least in the form of showers.

Monday’s showers were, for some, very slow moving – allowing moisture to soak into the ground. While this will NOT reverse the drought it will give plants a burst of growth and see lawns and pasture greening up and growing. In particular the kikuyu grass is expected to start growing quite quickly even with just a few mm falling.

A tropical cyclone may be following after as well, around March 19 +/- a few days. It’s unclear if this could also bring rain or miss NZ, so worth monitoring.