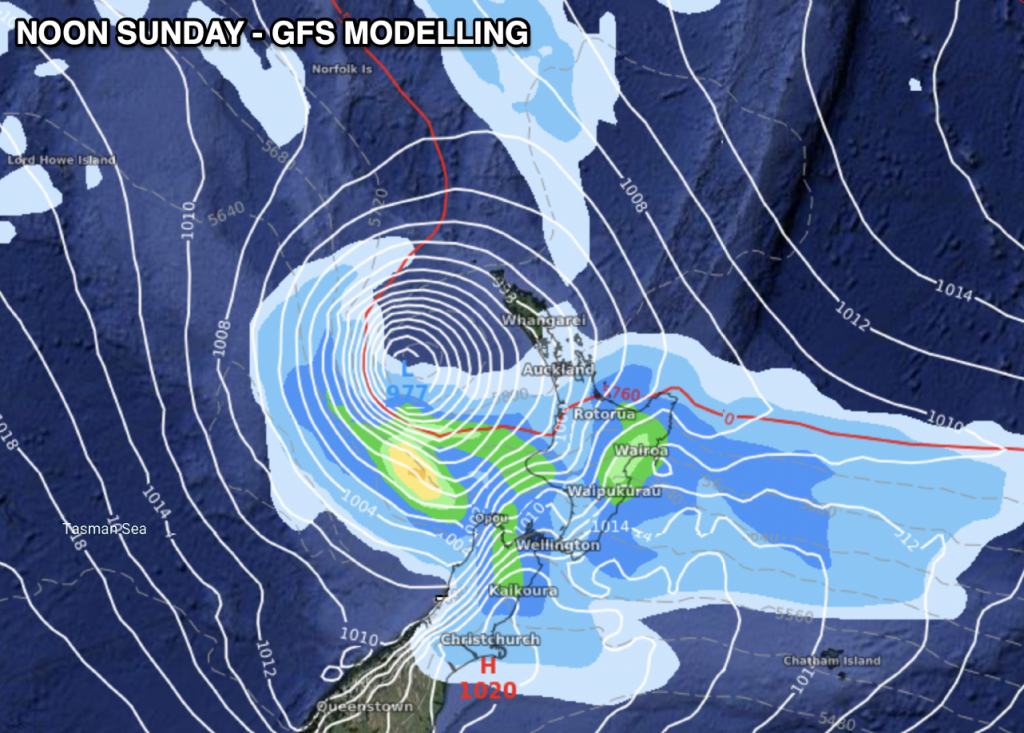 Rain over the past few days has ended most chatter around droughts, which were starting to form in both main islands of NZ.

Before the wet weather, western areas (the entire West Coast (including Fiordland) and a large part of the western North Island like Taranaki to Waikato, then Auckland to Hokianga), all had extremely dry soil moisture conditions and if the Waitangi Weekend rain hadn’t arrived a number of these regions were facing down the barrel of a drought being announced in the near future.

But for a drought to truly be put to bed we need more follow up rain – and soon.

More rain is forecast – in fact another tropical low (possibly an ex-tropical cyclone) will come into the NZ area this weekend and trigger more heavy rain across a large portion of the North Island, West Coast and upper South Island – while another system will encourage some further wet weather before this main system arrives.

Related: “Like popping a water balloon” Tropical low may drag down more rain/humidity this weekend.

We still need a couple more days to be precise about who is most impacted and who will be least affected.

The below maps show the current thinking – and your local WeatherWatch.co.nz and RuralWeather.co.nz forecasts now have the latest rainfall totals for the next 10 days ahead.

La Nina rains have finally arrived in NZ – along with plenty of humidity/muggy weather for the week ahead, which will be a concern for some farmers with live stock facial eczema also kicking in for the season.