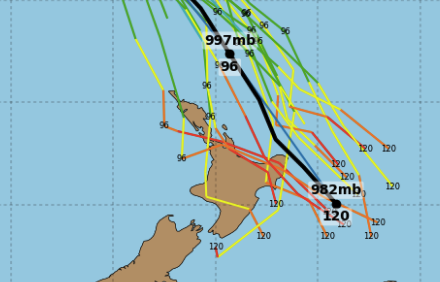 Updated 8:48am NZT — Severe Tropical Cyclone Donna was upgraded back to a Category 4 storm and is now the most intense it’s been with air pressure falling to 948hPa according to the Fiji Met Service.

After sound ‘bouncy’ tracking at the end of last week and into the weekend the tropical cyclone has finally turned south.

The storm was waiting for the high over New Zealand to start tracking eastwards – giving Donna more freedom to head south.

Donna’s placement out at sea has lead to further strengthening – and this is worse news for New Caledonia which is more in the firing line than it was a few days ago.

The centre of Donna should track past Noumea, population nearly 200,000, early on Wednesday morning as a Category 3 or 2 cyclone.

Then the storm heads towards New Zealand and weakens.

Donna is not likely to directly hit New Zealand with the jetstream helping guide her just east of us. However at the same time that Donna drops south a weak low with some slow moving heavy downpours will be crossing New Zealand. There is still a chance these two systems could link up later this week and produce heavier rain. There’s also a chance the remnants of Donna will develop into a new low pressure system east of the North Island and deepen further.

We’ll have a clearer idea about New Zealand once Donna leaves New Caledonia on Wednesday morning, maybe even sooner.

WeatherWatch.co.nz is a CNN affiliate and this morning the Severe Weather Team in Atlanta confirmed to us that winds of 175km/h puts her tied with 1986â€™s Nadu for the strongest May cyclone on record in the South Pacific. 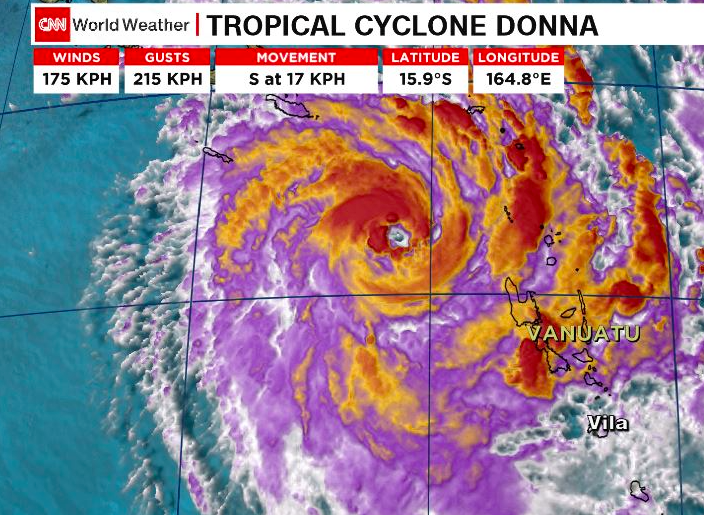 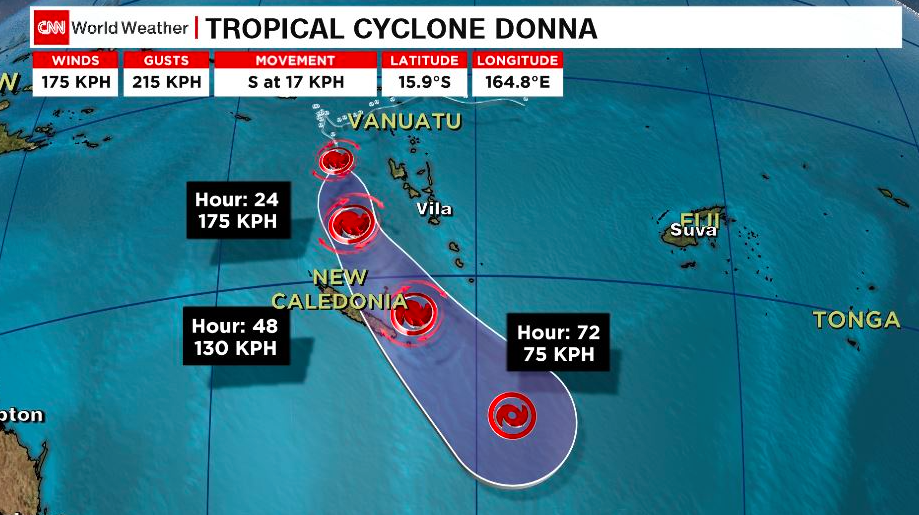 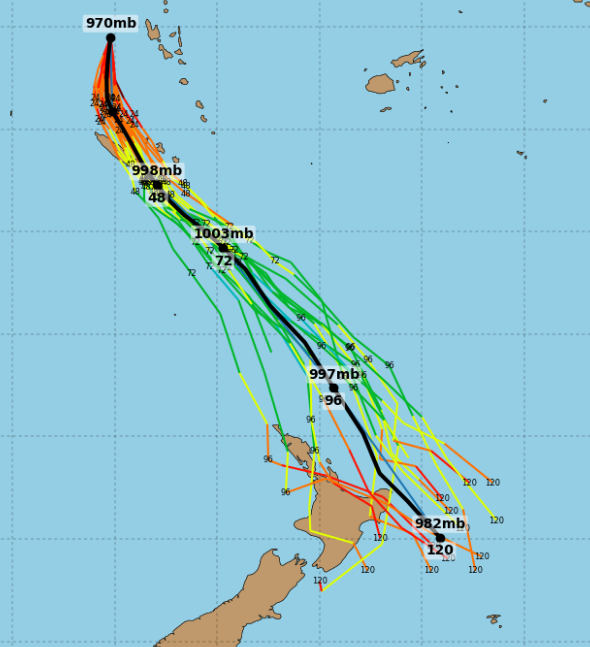 – Top 2 images CNN, bottom image GFS ensemble showing various models and where they are picking the centre of Donna to track once it becomes an ex-cyclone.