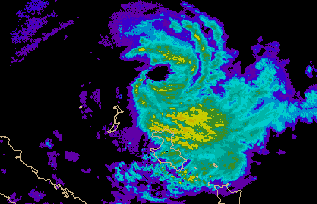 In the last hour Severe Cyclone Donna has jogged a little further east, helping spare some of the Loyalty Islands just east of New Caledonia’s mainland. Just a couple of hours ago the eye of the cyclone was directly lining up with the island group. Tropical storms often jog off track (due to the huge size and power of the entire system).

The Loyalty Islands are 100kms away from the mainland and are home to about 18,000 people.

Donna was barreling straight towards them but in the past hour has jogged further east. This still places damaging weather over the Loyalty Islands but it takes a lot more pressure off Noumea and the more populated main island and should limit some damage to the island group. The storm will take the rest of tonight to track by New Caledonia though – and this increases the chances of flooding and slips.

It’s possible Donna may still jog back into the islands tonight so the next several hours will be crucially important.

Donna is weakening today and is likely to fall another Category overnight/Weds AM but will remain a dangerous storm all week. 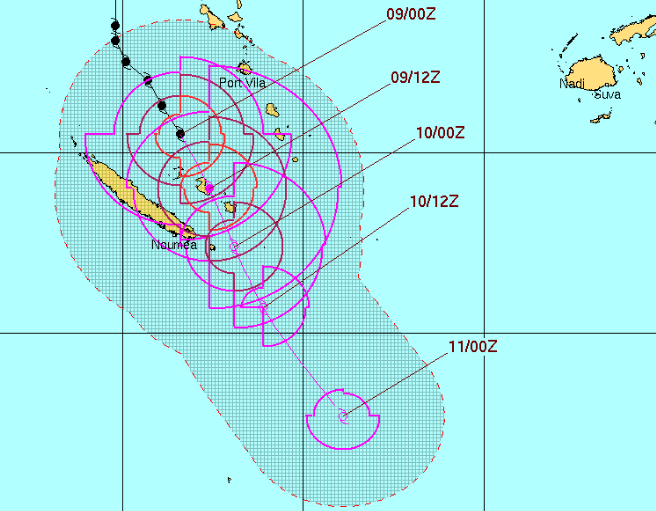 Latest tracking from JTWC (US Government) 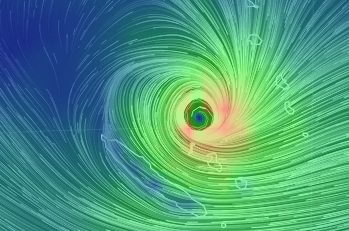 Forecast wind map for this afternoon. Data via US Government / Earth.nullschool.net 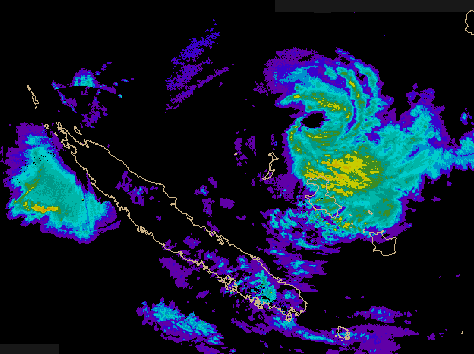 Latest rain radar image from Meteo France showing the eye of Donna (north east of New Caledonia’s Loyalty Islands). In the past hour the centre of the eye has jogged further east – positive news, although it’s still a destructive Category 3 Severe Cyclone – but weakening faster now that it’s tracking south.