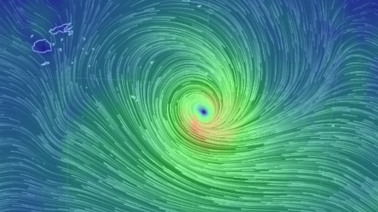 Tropical Cyclone Victor has weakened further overnight as it continues its steady path towards New Zealand – but latest modelling continues to confirm the cyclone will track south then south east before reaching the North Island – placing it well out to our east.

But it may be close enough to affect New Zealand a little bit.

As of Thursday morning Victor was a Category 2 cyclone, down from Cat 4 a day or so ago.

The Joint Typhoon Warning Centre (US Govt) shows a little of New Zealand in the ‘cone of uncertainty’ – basically a highlighted area on the map that shows the extreme directions the tropical low might head.

In this mornings update it backs up what WeatherWatch.co.nz head weather analyst Philip Duncan said on Wednesday, that East Cape and coastal Bay of Plenty are on the very edges of the possible path – but all modelling suggests they will not be directly impacted.

Victor will continue to weaken as we head into the weekend, and will likely lose it’s cyclone status.

Around Tuesday and Wednesday it may lie offshore from East Cape – but computer models show it’s no longer a storm, and simply a ‘normal’ looking offshore low that may drive in some cloud, humidity and more east to south east winds.

Based on all the modelling and data WeatherWatch.co.nz believes there is still no current real threat to New Zealand – but Victor will be close enough for those in the north to monitor forecasts daily.

Surfers may also be happy – the offshore storm may send some larger swells into eastern beaches from Northland to Gisborne.

As with any offshore cyclone, the weather here in New Zealand may be beautiful – but parents should be aware of hidden rips and stronger currents from this weekend for a couple of days into next week for eastern beaches for the little ones (and even themselves!).

Just check beach forecasts and be aware of the conditions. 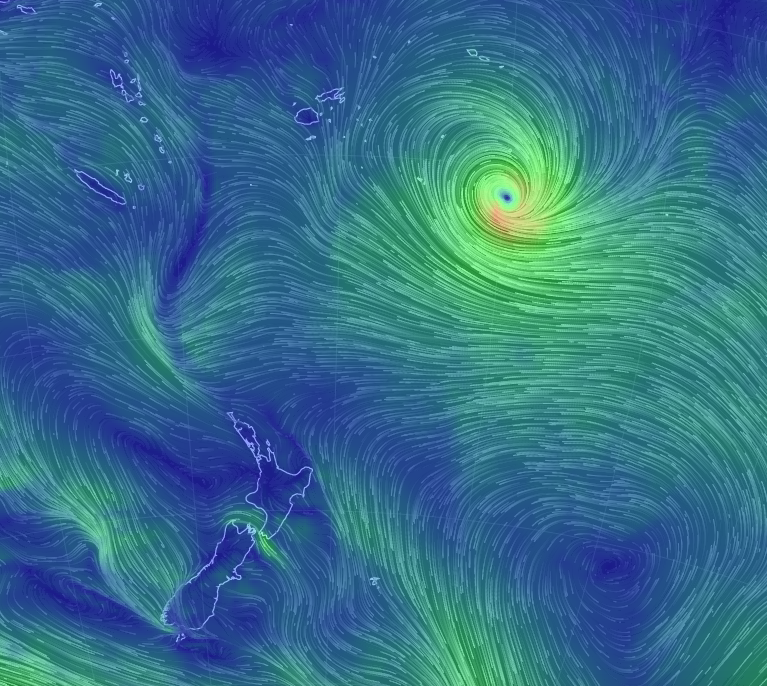 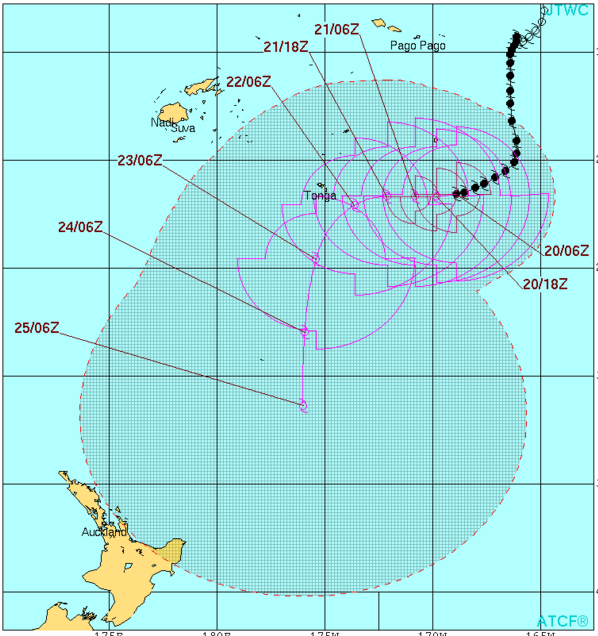 Latest tracking map from JTWC places Victor well out to sea from NZ and weakening – but still close enough to highlight East Cape and Gisborne. 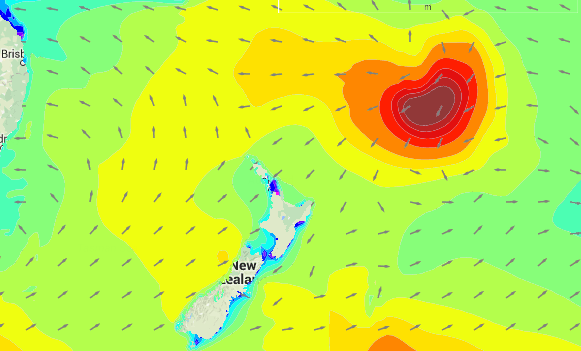 The Sunday night swell map provided by Weathermap.co.nz shows the NE swells moving into NZ away from Cyclone Victor.  At Victor’s centre the swells are over 8 metres high.  To compare, a standard door inside a house is 2 metres high. 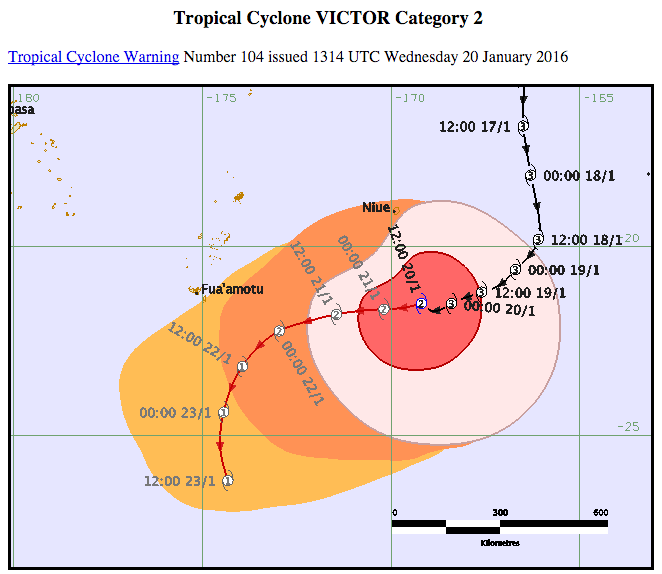 The latest tracking map from Fiji MetService shows two things – 1) Victor is weakening as it heads towards NZ. 2) Victor will change direction more southerly and therefore likely miss a direct hit to NZ. 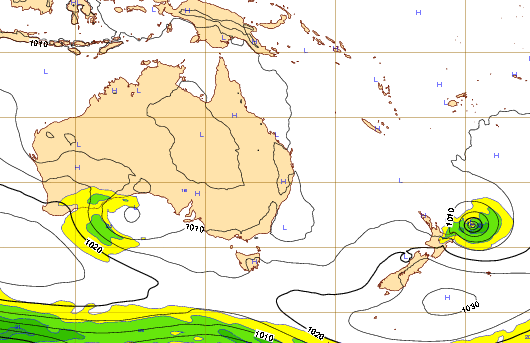 How close will the remnants of Victor get?  According to ECMWF (Europeans) this is as close as it will get around the middle of next week – and it will no longer be a cyclone at this point. 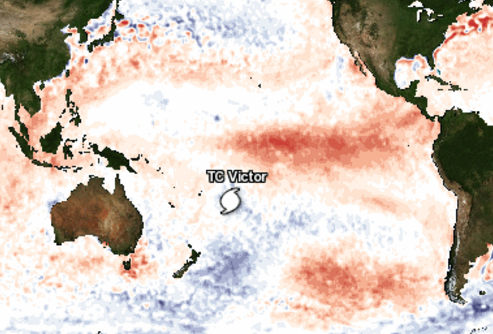 Cyclone Victor’s placement – this map shows which parts of the ocean are warmer than average or cooler than average. Victor is taking a path through fairly average waters – then cooler waters when it gets closer to Gisborne/East Cape, which is why it’s expected to weaken further / Wunderground.

but the european maps show a high that will make it come to nz because it cant go any where else as the high is blocking its path south…..the metservice has days of rain on their ten day forcasts for the BOP