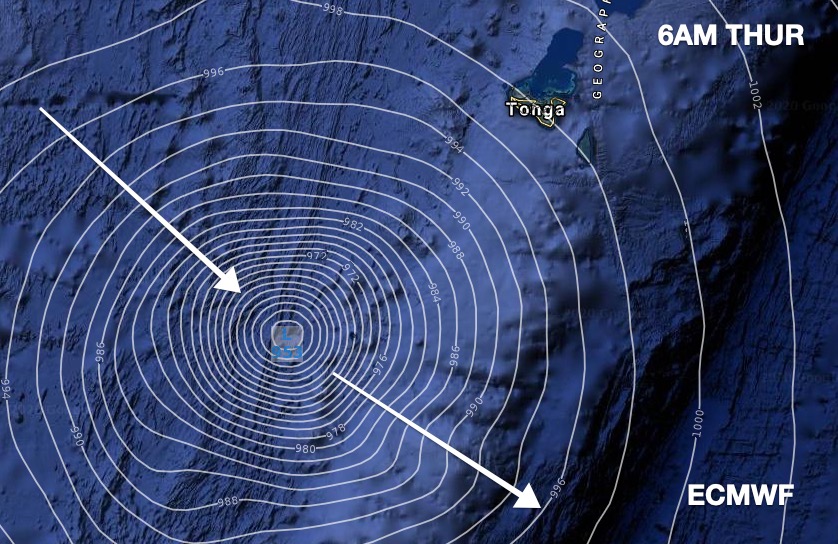 Tropical Cyclone Harold remains a powerful Severe Category 4 storm as it begins to slowly move off from Fiji. The centre of the storm crossed over Fiji’s Kadavu Island early this afternoon but didn’t cross over the main island of Viti Levu, sparing Nadi and Suva from the worst part of the storm.

Significant storm surge is expected to have caused – and still be causing – widespread damage along parts of Fiji’s western and southern coastlines.

Kadavu Island and surrounds are in a well known ‘cyclone path’ and are prepared for events like this, however the power of Harold is strong enough to cause significant damage there along with catastrophic coastal flooding in vulnerable areas.

There is a positive.

Harold is moving quickly and is likely to be clearing the Fiji area as early as sunset. The seas will remain dangerous for another couple of days but severe weather is already easing on Viti Levu.

Tonga is next for Cyclone Harold. The small island nation is preparing already and Harold could make a direct hit as a “Severe” cyclone – Category 3 or 4. However modelling suggests, like Fiji, the Tropical Cyclone will pass just to the south of the island – limiting damage.

Those in Tonga should be following the advice of local authorities and preparing for a potential direct hit, regardless of the computer modelling, as Tonga is within the high risk zone.