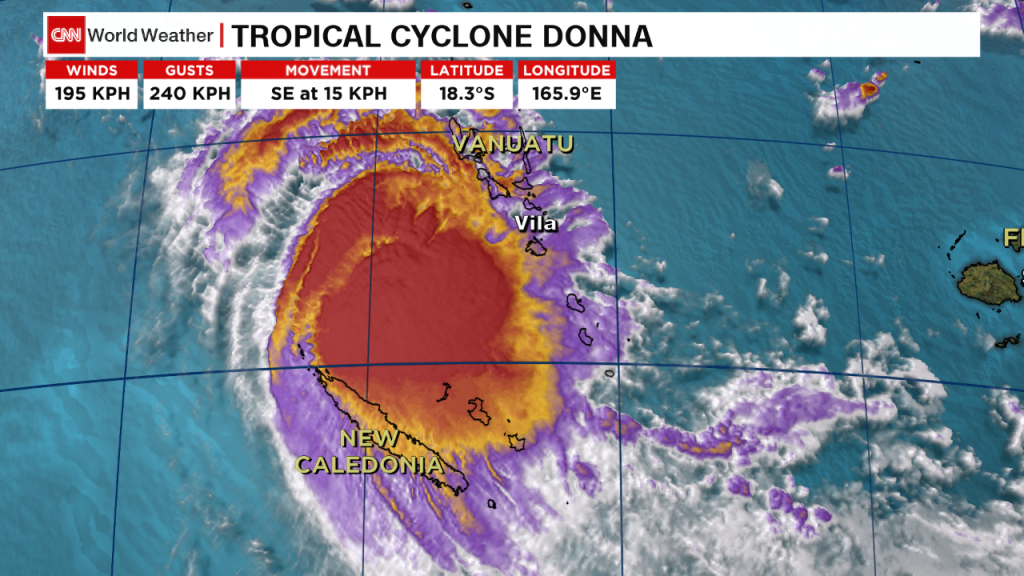 Severe Tropical Cyclone Donna is now tracking south east at about 15km/h and this slight eastern track is better news for Noumea.

New Caledonia’s largest city (with almost 200,000 people) was in the firing line for Donna in yesterday’s tracking, but the slight track east now is likely to see the worst of the weather further away and out at sea. Noumea may still get a burst of severe weather but islands further east between New Caledonia and Vanuatu are far more exposed to a direct hit from this severe cyclone tonight/Wednesday morning.

Cyclone Donna has lost her well defined ‘eye’ in the centre (which was visible yesterday when it reached Category 5 status). The storm is today showing signs of weakening but it is still a destructive and very powerful tropical cyclone.

As Donna tracks south eastwards it will weaken steadily over cooler waters. The jet stream (a high altitude current of strong wind) will also help weaken Donna further as she gets closer to New Zealand.

As you can in this tracking map below from the US Government the remnants of Donna will lie just north of NZ by Friday – at this point Donna will begin to transition into a new low and rapid deepening/expanding is possible to the east of the North Island. It will no longer be a tropical cyclone though. 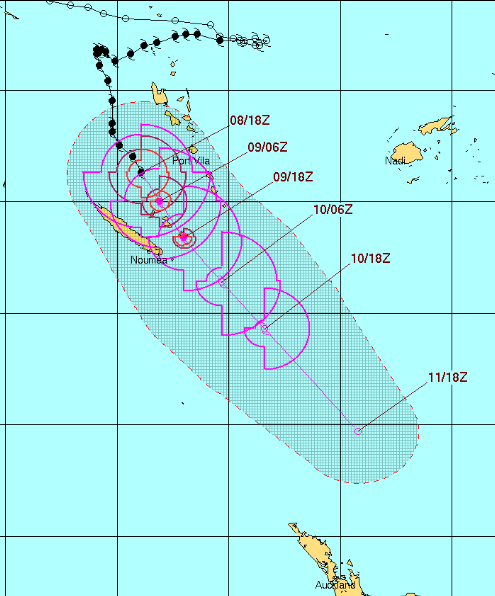 As of late Tuesday morning Donna’s central air pressure was 951hPa and is a Category 4 storm but will continue to drop categories over the next few days as the storm slowly weakens. 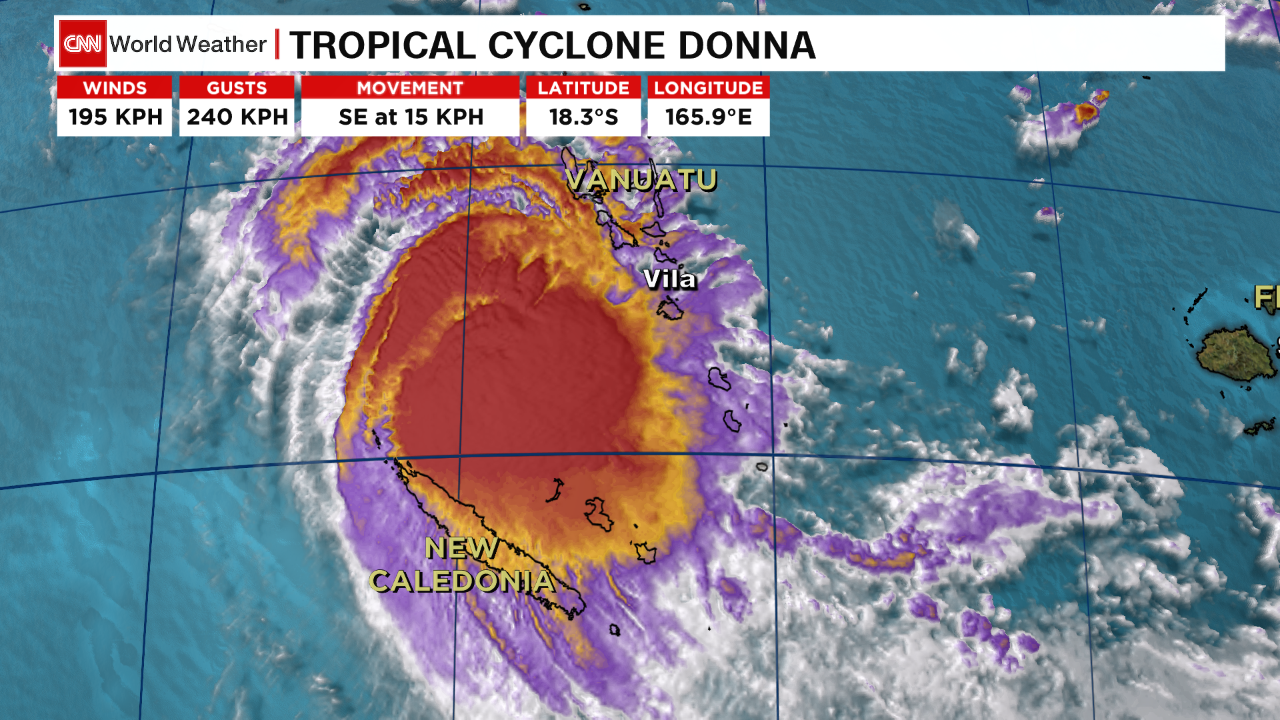 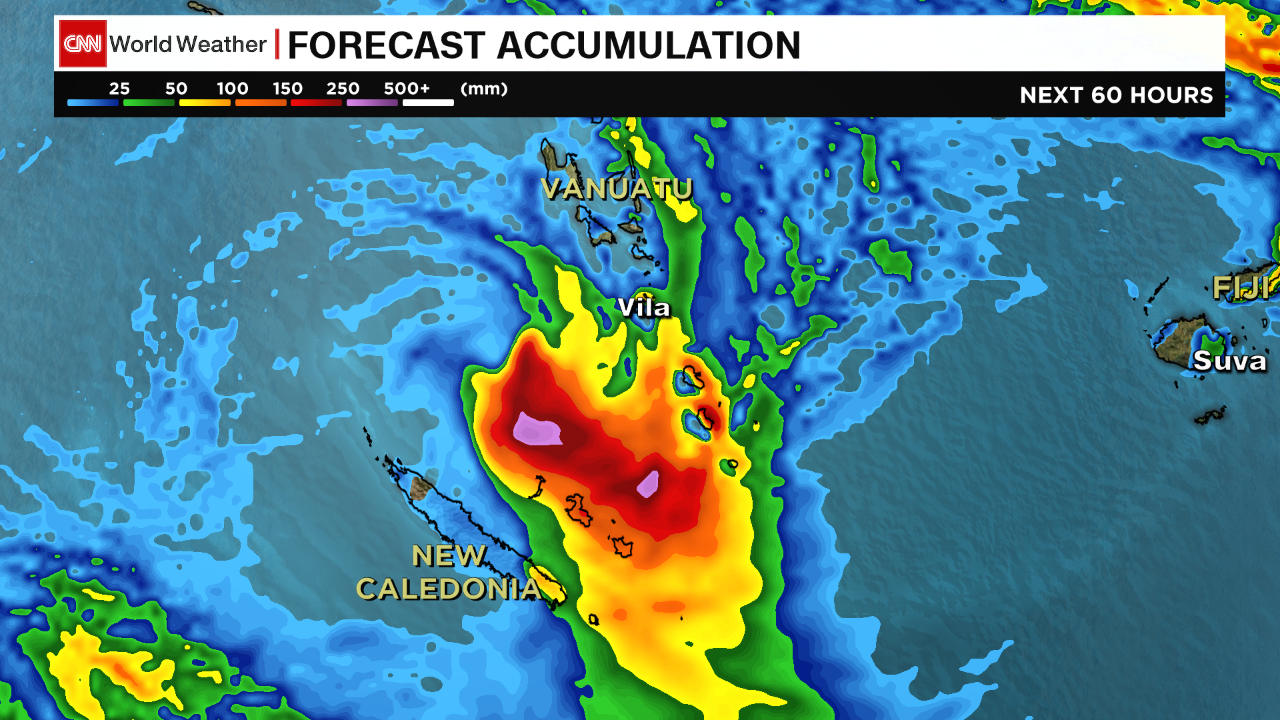 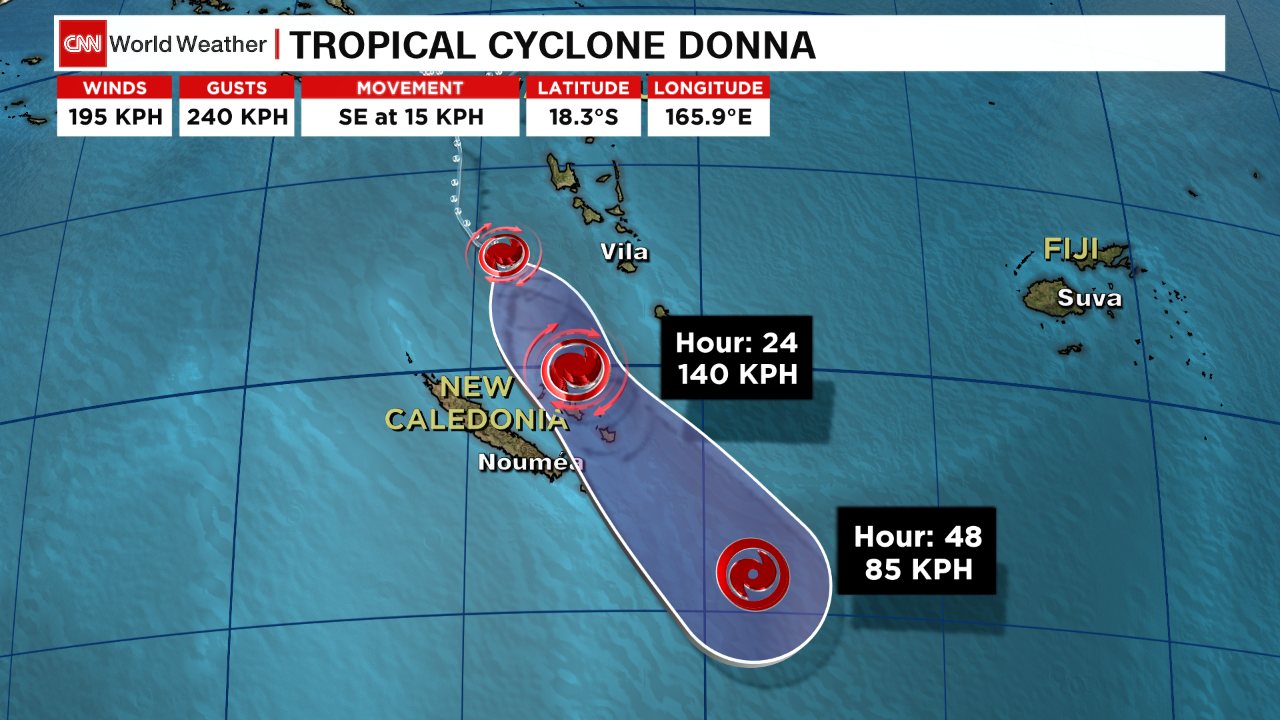