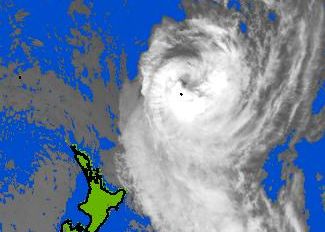 As of 10:30pm the weather station at Roul Island was no longer updating. Here is the 9:30pm update.

The air pressure has fallen to 974hPa, winds have all but stopped and the rain has eased to only light rain, following a rough couple of hours on the island.

The category 2 tropical storm was bringing sustained winds of 72km/h and gusts to 113km/h for a time evening but in the past hour all has gone quiet.

GeoNet instruments, recording earthquakes on the island and the buoy have both gone offline – indicating a power cut or recording equipment switched off for safety reasons.

Weather recording equipment, which WeatherWatch.co.nz pays to receive hourly updates, was working up until the 9:30pm update. 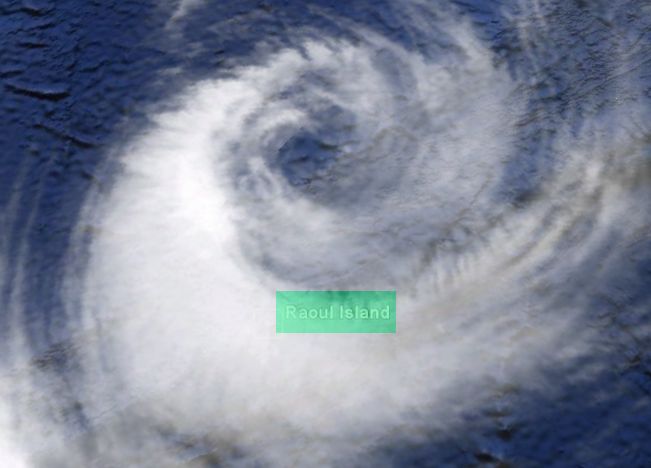 Torrential rain had been falling on the island, peaking at 27mm an hour, but has fallen back to just 1mm.

The island is currently “home” to around 10 scientists.

Strong winds from the opposite direction are expected again in the next hour or two.

I see the tsunami buoy/gauge has been bouncing around – via geonet. And the quake drum likewise. Can’t be too pleasant out there. Both of them have blank places now.