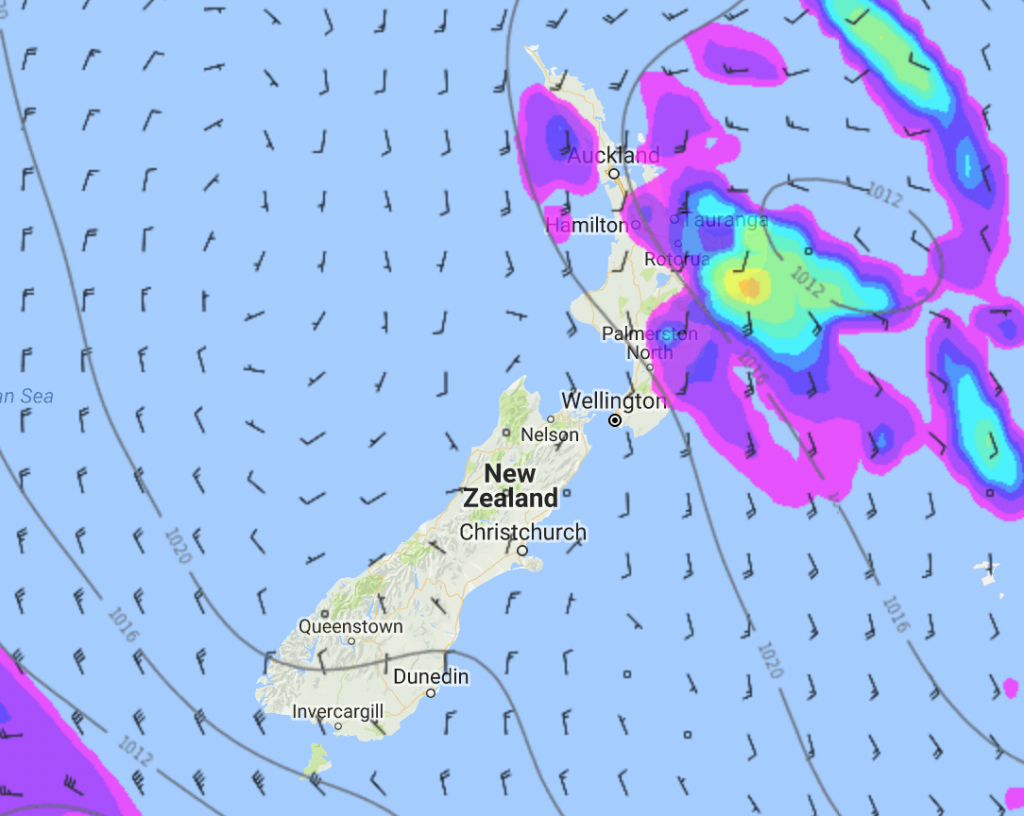 A ridge of high pressure is over the South Island currently while a fairly brisk southerly airflow lies over the North Island however this will ease later today.

For the North Island, conditions in the west are improving for most with mostly sunny conditions developing although we have a few showers for Northland which mostly clear by around midday. Winds from the south however tending a little more southwest this afternoon Auckland northwards with winds becoming brisk.

The South Island is mainly sunny although some high cloud will gradually increase from the south as the day goes along. Along the east coast, east to northeasterly winds will freshen up this afternoon so while sunny it may still feel a bit chilly for some in the long run.

It’s been a cool start for the South Island today, starting out between 2 and 0 degrees for many especially inland. The Mt Cook area the coldest on -2 degrees.

The windiest place is Taranaki with south to southeasterly winds in the region of 30 to 40 km/h.

UPDATE: 2pm – Not alot has changed weather wise although naturally temperatures are up as the afternoon sets in.

The wettest region is Gisborne with southerlies and rain / showers.

The warmest centre is Gore on 19 degrees.

The coolest town is Kaikoura due to a cool onshore easterly sitting at 12 degrees.

A few showers are developing this afternoon north of Lake Taupo through to Tauranga so watch for an isolated heavy shower in this area as we move through the rest of the day.