Counting down to longest day 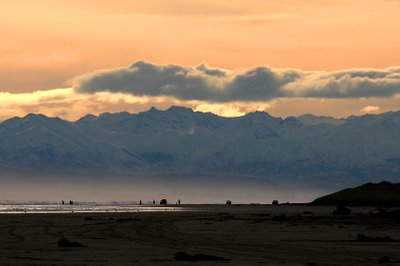 We’re just over a month from the longest day and the evenings have certainly stretched out in terms of daylight hours.

During midsummer the far south enjoys some wonderfully long evenings (depending on the weather) and by the end of December Southlanders can see the sun setting at 9.45pm with twilight lasting to almost 10.30.

In Gisborne it’s over an hour earlier when the sun sets but for those in that region the sun is certainly up very early at just after 5.30 during December.

Do you prefer an early sunrise or a late sunset?

In winter of course Invercargill doesn’t see the sun rise until almost 8.30 and on a frosty and icy morning that can provide some challenges.

There’s still some talk that New Zealand should take daylight saving twelve months of the year but southerners wouldd’t see sunshine until nine thirty during winter and frosts would linger well after lunch if that was the case.

There’s still some in a few quarters who believe we should do away with it all together.

Whatever your opinion it seems that most kiwis have adapted to that extra hour each spring and let’s hope the weather can play its part this upcoming summer.

Image of a sunset over Oreti beach, invercargill with the Takitimu mountains in the background.