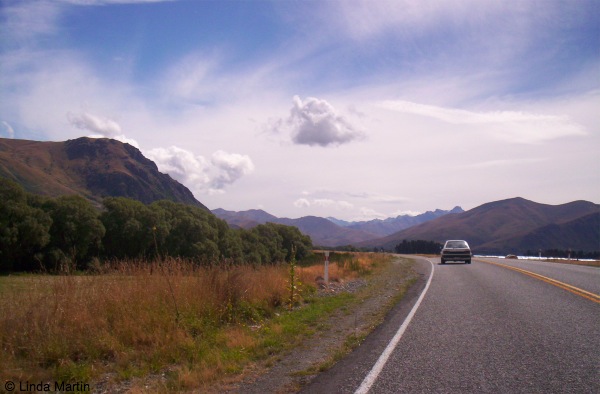 Temperatures dived overnight in the south with Invercargill nearing the freezing mark, with just 1 degree earlier this morning.

“Although it’s started off crisp this morning it looks as if the south will getting a pretty reasonable week ahead with temperatures warming up nicely in Central Otago ” says weather analyst Richard Green.
“It was certainly cooler this weekend compared to last week in the south and while other parts of the country saw some miserable stuff last week, it was dry and quite hot at times over the bottom end of the country”.

Much of the nation is on the cool side this morning with the mercury resembling temperatures similar to the middle of Spring this morning.

Some showers are dotting across a few areas this morning with Northland, Buller and Westland seeing the most of the showery activity.

Elsewhere conditons are somewhat drier with sunny breaks likely for more than two thirds of the nation today.

As the week progresses, mostly dry conditions are expected with just the odd shower possible due to daytime heating which is in complete contrast to last week and for one of the few times at the beginning end of the summer that the country as a whole should be mostly settled.

Temperatures should begin to be near the December average from tomorrow through much of the rest of the week as well.

For holidaymakers heading away to their Christmas destination nice and early, the lead up to the big day is looking fairly settled for most of the nation and not too much wind is expected.

Further to the comment above, why is our hottest days two months after 22 December? On 22 December the sun is at its highest in the sky.

In summer the warmest weather tends to be 6 weeks after the solstice and the coldest weather in winter applies after June 22.

Even though the days are basically at the longest length in terms of daylight and sunshine, that doesn’t automatically mean that’s when the hottest days are as there are other factor such as winds, ground and air heating and cooling, cloud cover, ocean currents etc

Thanks for your question and lets hope it warms up very soon as it seems it will according to the latest data.

Its the summer solstice on thurs 22 this week , thats the true start to summer , our best months fore weather are Feb and march