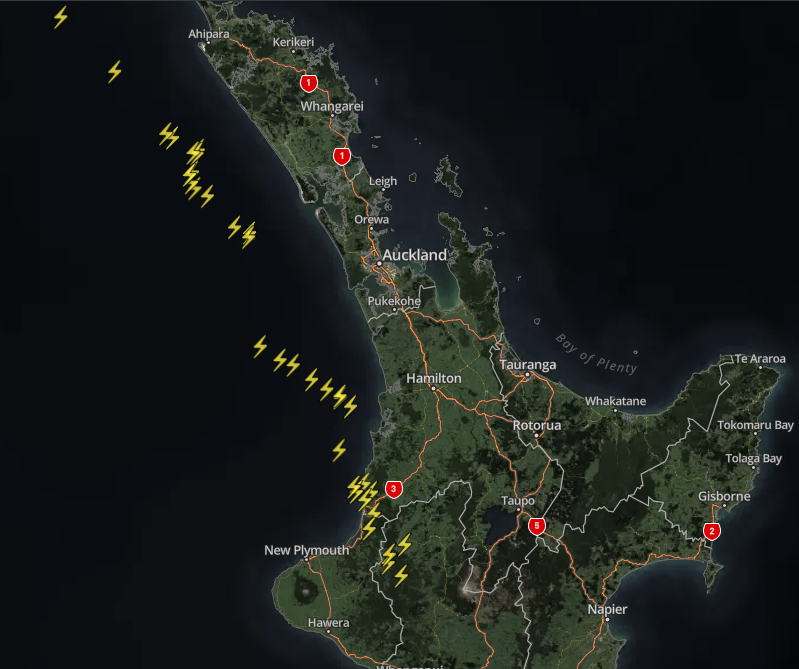 A narrow but thundery band of rain is moving in from the Tasman Sea this afternoon with strong to gale force nor’westers in front of it.

The main risk for thunder is only as the front first moves in. As of 1pm the thunderstorms were scattered along much of the North Island’s west coast and were yet to move into Waikato, Northland and Auckland. There are also some large areas with just heavy downpours and no thunder – so not everyone in the west will get a thunderstorm but the risk zone is widespread from Taranaki to the Far North.

Winds gusting to gale force are most likely in exposed places – including some parts of Auckland City – over the next couple of hours but should ease once the front moves through.