Home > News > Cold change coming, felt most in the sou...

Cold change coming, felt most in the south and east of both main islands (+9 Maps) 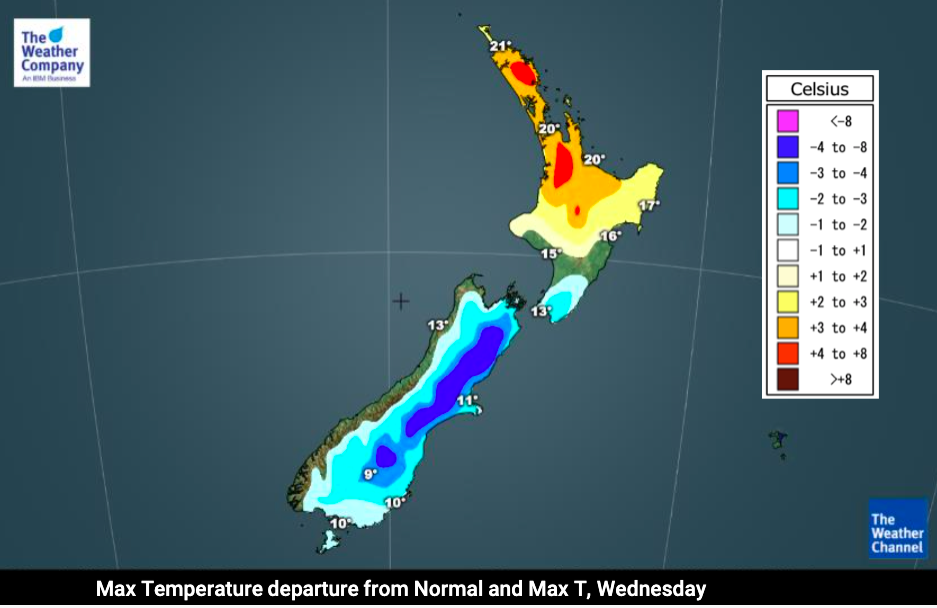 The rough weather pattern is normal for this time of year – if anything it’s taken a month or so longer to kick in.

The cold change moves into Dunedin today, Christchurch tonight, Wellington on Wednesday morning and Auckland by Wednesday evening – although the upper half of the North Island won’t necessarily have a cold front moving in with rain then a temperature drop, instead the colder air will likely become more apparent later into Wednesday and overnight into Thursday morning.

The upper North Island will again be warmer than average tonight while the South Island goes the opposite direction under the colder airflow.

Rainfall is mostly in the west but some will make it into the eastern North Island as a wet easterly kicks in for a time. We have more details on rain for drought regions like Hawke’s Bay here.

Snow will fall across the South Island ranges and mountains and the lower and central North Island – but snow accumulations won’t be too excessive.

For the most local weather data in NZ for your area, please visit www.RuralWeather.co.nz – NZ’s Local Forecaster.