Home > News > Cold blast through Saturday, then low no... 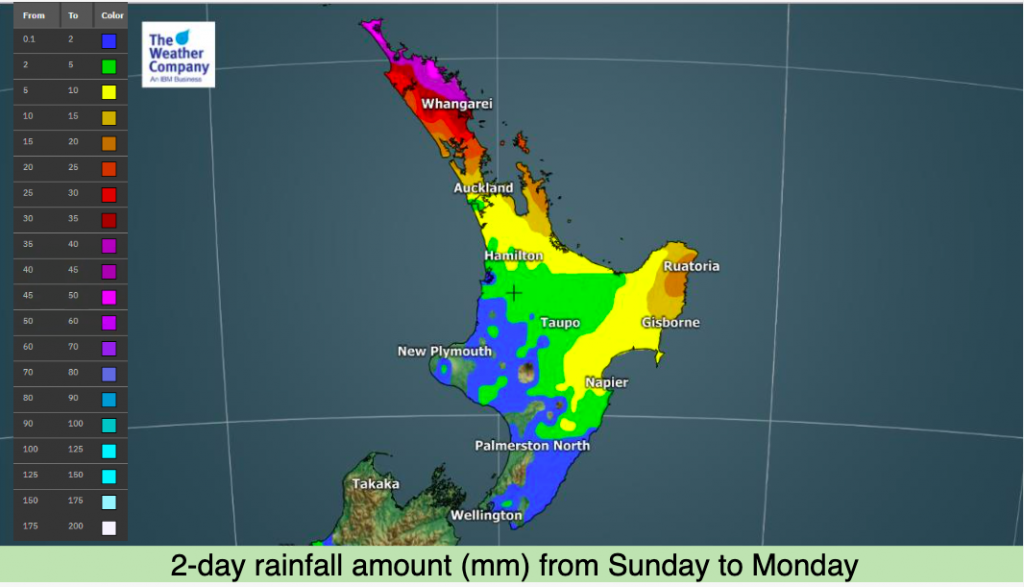 A surge of gales, snow and even colder air is coming in to the lower South Island later today/overnight and will make for a colder weekend further north – but then forecasters shift their attention to a low north of NZ for Sunday and the start of next week.

Despite the low being north of NZ and with sub-tropical connections the cold air brought in right now by the Southern Ocean southerly will linger for much of next week, bringing a colder than average week to a number of regions.

“From the polar blast last week to the cold southerly this week lingering into next week we’re certainly into peak winter right now” says head forecaster Philip Duncan. “From late June to mid August NZ often experiences the depths of the winter cold in the most consistent day-after-day manner”.

Even the northern low early next week, with it’s sub-tropical connections, won’t likely penetrate south enough to bring down a warm change. Instead, high pressure looks to linger over many parts of the country south of this low, bringing not only a drier than average week to many places but also locking in the cold brought in right now by the cold southerlies.

ANOTHER SURGE OF GALES & POLAR AIR TODAY/TONIGHT:
One last decent wave of polar air will surge into Southland and Otago and the lower South Island later today and tonight with wind chills dropping below zero in most main centres and snow on the hills. While the snow level is generally about 300m it may go lower overnight tonight for a time. Dunedin’s windchill this evening will be -3C at sea level.

The cold air then moves up the South Island with snow flurries in the mountains and ranges, sliding into the North Island and out east. The colder air flow will then linger in the eastern North Island from Sunday through to next Wednesday with often cloudy, showery, weather there.

Snow is most likely in Southland, Otago and Central Plateau over the next 36 hours.

This cold blast, which started on Tuesday PM, will finally ease on Sunday.

NORTHERN LOW THE NEXT FOCUS:
The low north of NZ this weekend and early next week doesn’t look too serious but with the incoming high it will generate some windy ‘squash zone’ weather and the consistent easterly flow will see rain accumulating in the north and east. This is good news for dry parts of the Far North and Northland which may get 30 to 50mm of rai,n, but it will come with winds gusting into gale force for some, up to 80km/h in some exposed places (mostly coastal).

METSERVICE WARNINGS:
You can now find all MetService warnings LIVE on the WeatherWatch website by clicking/tapping here or on the map below.