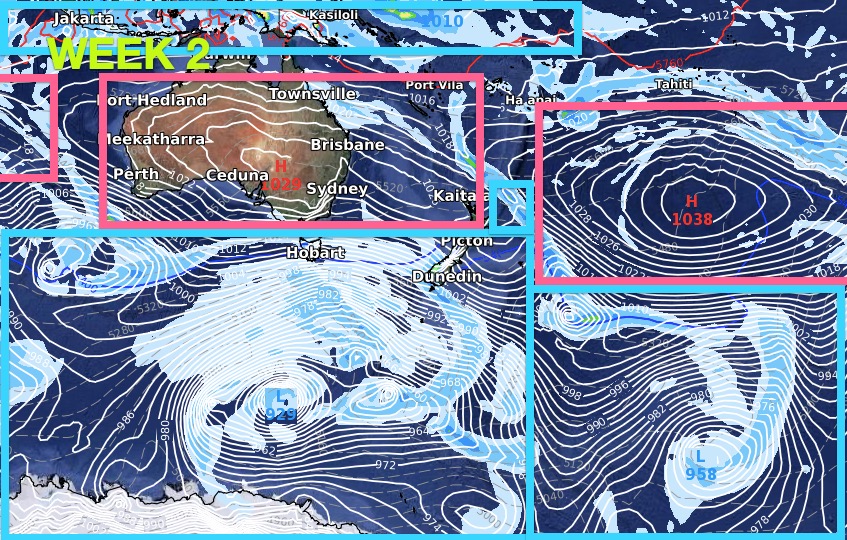 Here’s the NZ outlook for the month of September – and the season of spring, brought to you in association with IBM (our business partners) and RuralWeather.co.nz.

RAIN:
A normal September set up with westerlies picking up more and more (although easterlies will impact northern NZ a little). The West Coast has around 300mm coming in the first half of the month and the bulk of that heavy rain is where it should be – the southern half of the coastline. Overall, the month may actually lean drier than average for the West Coast due to highs returning from the west. Elsewhere and eastern areas of both islands look quite dry for the next couple of weeks.

For the rest of September there is variety in rainfall – but mostly around the South Island, with the North Island looking more settled with few wet day events.

The rest of spring looks similar, although perhaps leaning drier than normal for some regions still – due to the big uptick in high pressure moving in from the west.

TEMPERATURES:
Leaning warmer than average for September by 0.5C in both main islands of New Zealand.

This is the same outlook for October and November too.

AIR PRESSURE:
Where are the highs and lows tracking? Here’s how the next 3 weeks kick off…

LA NINA OR NO LA NINA?
We remain in a Neutral zone – and while still some hints at La Nina, it doesn’t look too major. The Indian Ocean Dipole (basically the Indian Ocean’s version of La Nina) leans towards negative – which encourages more rainmakers into northern and north western Aussie. Some of these rainmakers can reach NZ but they are few and far between. We may notice more tropical storms forming in Nov/Dec if sea surface temperatures (SST) remain just a little more warmer than usual.