Home > News > ClimateWatch: How October is shaping up ... 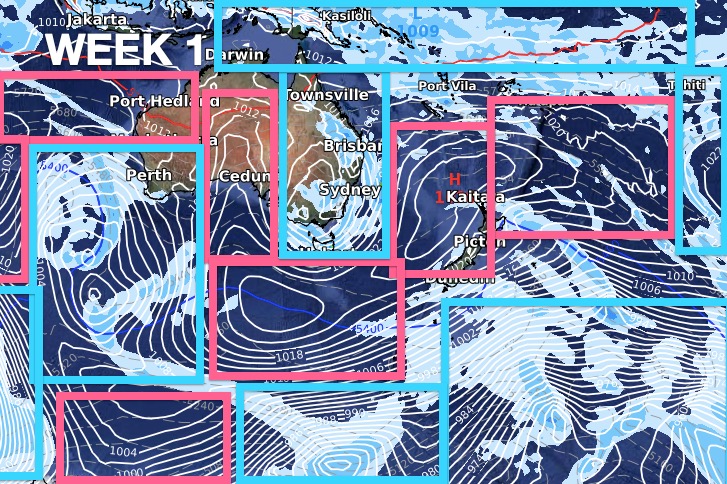 We’re in the thick of spring now so expect more turbulent weather, but despite all the chaos in our weather pattern we are seeing some order come back in this month – and that could encourage milder weather for many and a slightly drier pattern than we had in September.

HOW OCTOBER IS SHAPING UP:
Week One kicks off with chaos – with highs and lows all over the place. In fact a high pressure zone will extend well south of NZ to almost reach Antarctica – ensuring the Antarctic ice shelf in the NZ/Australia area will have a surge of warmer than usual weather in the first week of October. NZ will also be warmer than average with sub-tropical winds and northerlies in the mix, followed by westerlies. A low should also bring some rain into the West Coast and North Island (even dry eastern regions).

Week 2 is when you start to see a bit more order in the weather pattern. Around October 7th high pressure should be departing the NZ area bringing back another surge of warm nor’westers and some wet weather briefly from the west – and maybe the upper North Island too, on the back end of that departing high.

Week 3 looks similar to the start of Week 2, with more high pressure around the Tasman Sea, more nor’westers into the South Island and perhaps some departing wet weather from the North Island.

RECAP
The month of October is likely to see more days with milder than average winds for NZ and rainfall should be about normal to drier than normal for many.