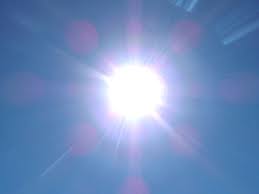 Climate researchers say signs of an early spring are a disturbing reminder of global warming.

Warm winter temperatures have triggered an early outbreak of pests at Sydney’s Botanical Gardens, and ibis chicks are already in the hatching phase.

There are also reports that magnolias are blooming a month earlier than usual in the Blue Mountains.

“What we are seeing is natural cycles being throw into a spin, and we are not quite sure what the exact outcomes might be of this,” he said.

“But it’s not a good thing to see the natural cycles taken out of order.”

“One of the things we’ve had a problem with this year is a particular caterpillar that affects clyvias, which are a big part of our landscape here within the Sydney Gardens but also all around Sydney,” he said.

“This year its been active right up until now, when normally it would stop being active around May or June.”

“It stayed on the tree longer,” he said.

“It had more flavour and it was sweeter.”

The average temperature was 19.5 degrees in July – 3.2 degrees higher than usual.

Hi guys just a question do you think we will have more cyclones this summer due to the warmer weather patterns?

Hi there, too early to know sorry , but for the cyclones to increase the sea needs to be warmer, more than the air.  The air in the tropics is always warm – so it’s really about sea surface temperatures and whether they will be warmer or cooler than usual (or normal).  We hope in September to have an announcement – but at this stage there is no change in the weather pattern that has given us a couple of dry summers, but also a handful of ex/dying cyclones.